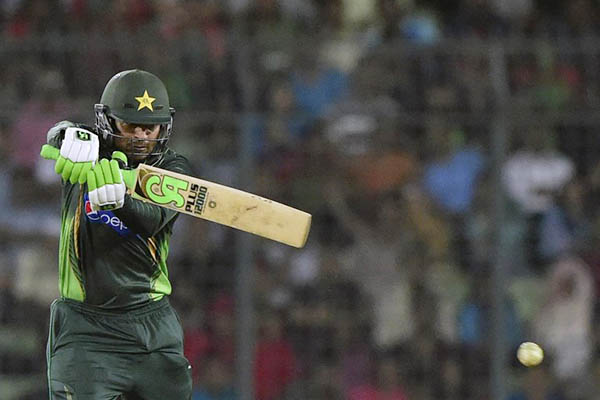 Pakistan all-rounder Haris Sohail will replace middle-order batsman Umar Akmal, who was unceremoniously withdrawn from the Champions Trophy squad over fitness concerns a week before the competition, it was announced on Tuesday.

The 27-year-old Akmal, known for his checkered disciplinary record, failed two fitness tests after joining the squad in Birmingham last week. He was left out of the limited-over squads for the tour of West Indies in March for being overweight.

The four-yearly eight-team tournament hosted by England starts on June 1.

May 25 is the deadline for changes to squads, apart from replacements for injury reasons.

Akmal has a history of disciplinary issues, and was fined last week for a verbal dispute with fellow player Junaid Khan in the Pakistan Cup held last month.

Former Pakistan head coach Waqar Younis termed him a negative influence and recommended he be kept far away from the time following the team’s disastrous 2015 World Cup campaign in Australia. He was also jailed for a day after beating a traffic police official in Lahore five years ago.

Sohail has not played for Pakistan since the limited-over series against Zimbabwe in Lahore in May 2015, after which he suffered a knee injury which required surgery. The left-handed batsman, who also bowls left-arm spin, has played 22 one-day internationals and four Twenty20 internationals.

Pakistan open their Pool B campaign with a high-voltage game against arch-rivals India in Birmingham on June 4. They also play South Africa (in Birmingham on June 7) and Sri Lanka (in Cardiff on June 12). Hosts England, Australia, Bangladesh and New Zealand form Pool A. The top two teams from each pool will qualify for the semi-finals.