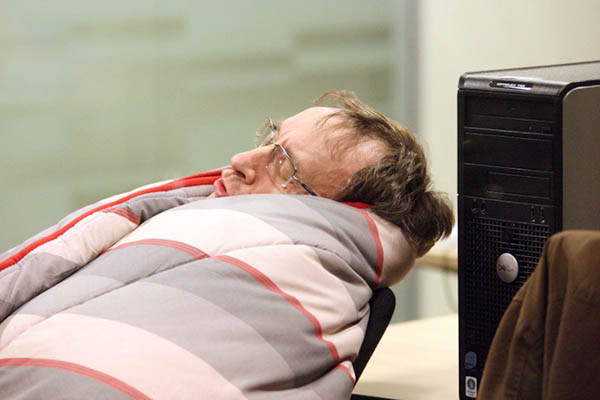 A Spanish video platform called Napflix, designed to put people to sleep with dull content, was launched this week and its founders are on the lookout for more “monotony and repetition.”

Napflix offers about 60 videos taken from YouTube, including footage of rain pattering on windowpanes, a documentary on pandas and quantum physics lectures, to help people doze off.

“The idea is to make entertainment boring,” Victor Gutierrez de Tena, one of Napflix’s two co-founders told AFP on Friday. “We are looking for monotony and repetition,” the 31-year-old said of the service, which was launched on Monday.

“It could be the kind of things that remind us of our childhood, like post-lunch classes and TV serials we watched after meals which just went on and on, ones where you wouldn’t lose the plot if you fell asleep,” he said.

Although De Tena and his co-founder work in advertising, he said Napflix was not a paid publicity campaign, but rather an experiment in building up communities of fans on different online platforms. Despite Spain’s reputation as the land of the afternoon siesta, the vast majority of Spaniards forgo that postprandial slumber, according to a survey by a bed manufacturer.