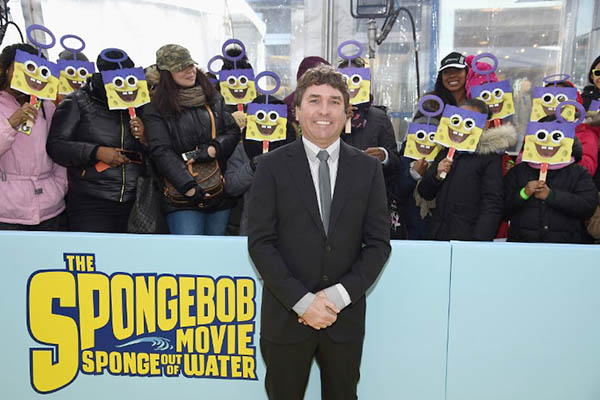 Hillenburg passed away on Monday from ALS, also known as Lou Gehrig’s disease, associates said. He created the hit Nickelodeon series, launched in 1999, which recounted the adventures of a yellow sponge and his friends in the make-believe city of Bikini Bottom in the depths of the Pacific Ocean.

Instantly appealing to young children, their families and college students, it turned into a global licensing and merchandising phenomenon, winning awards and being aired in more than 60 languages, including Azerbaijani.

“He was a beloved friend and longtime creative partner to everyone at Nickelodeon, and our hearts go out to his entire family,” the network said. “Steve imbued SpongeBob SquarePants with a unique sense of humor and innocence that has brought joy to generations of kids and families everywhere.”

“His utterly original characters and the world of Bikini Bottom will long stand as a reminder of the value of optimism, friendship and the limitless power of imagination,” it added.

The SpongeBob SquarePants Movie from 2004 went on to gross more than $140 million worldwide with voiceovers from Scarlett Johansson and Alec Baldwin.

Hillenburg announced last year that he had been diagnosed with ALS, a progressive neurodegenerative disease.

He was nominated for nine primetime Emmys, the highest award in American television.

Hillenburg was born on a U.S. Army post in Lawton, Oklahoma to a father in the military, who went on to become a draftsman and designer for aerospace companies, and a mother who taught visually impaired students. The family moved to California and Hillenburg graduated from Humboldt State University in 1984 with a degree in natural resource planning and interpretation, with an emphasis on marine resources.

He began his career as a marine biology teacher at what is today known as the Ocean Institute in Dana Point, California, offering courses to children from kindergarten to high school, and their teachers. Even in those days, he used his artistic talent and love of the ocean to write and illustrate stories to help teach his students, creating colorful characters that would later become the denizens of Bikini Bottom.

In 1987, he embarked on a degree in experimental animation at the California Institute of Arts, earning a master of fine arts in 1992, and winning an award at an Ottawa international festival for an animated short, Wormholes.

From 1993 to 1996, he worked as a director and writer on Nickelodeon’s Rocko’s Modern Life before devoting himself to writing, producing and directing what would turn into SpongeBob SquarePants.

He also wrote, produced and directed the 2004 movie, and wrote and executive produced the 2015 sequel, The SpongeBob Movie: Sponge Out of Water.

Steve, as he was known to family and friends, is survived by his wife Karen, son Clay, mother, brother, a sister-in-law and two nieces.