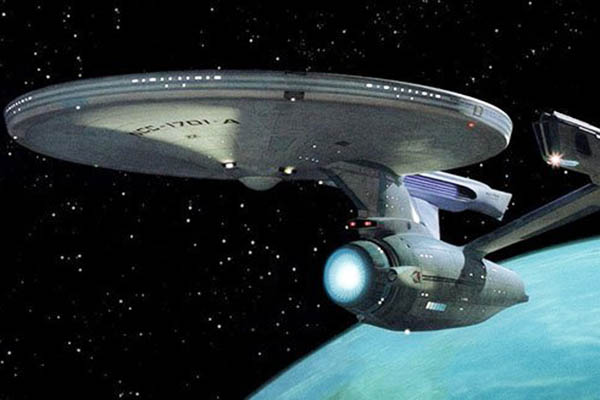 Latest installment in long-running franchise is expected to hit airwaves in 2017.

Veteran Star Trek screenwriter Bryan Fuller is to return to his roots as co-creator and executive producer of the new installment of the cult TV series, CBS Studios announced on Tuesday.

The long-running franchise is due to come back to the small screen in 2017, sparking a frenzy among its millions of fans around the world. “Before seeing a frame of the television series, the Star Trek universe lit my imagination on fire,” said Fuller, who launched his career in the 1990s writing for Deep Space Nine and Voyager, two of the series in the sci-fi saga.

“It is without exaggeration a dream come true to be crafting a brand new iteration of Star Trek with fellow franchise alum Alex Kurtzman and boldly going where no Star Trek series has gone before,” he said in a statement.

Kurtzman, who co-wrote and produced the blockbuster 2009 and 2013 spin-off movies Star Trek and Star Trek Into Darkness, will executive produce the new show along with Fuller.

The original Star Trek told the story of the flight crew aboard the USS Enterprise spaceship, which ventured around the galaxy exploring new worlds. It snowballed into a cultural phenomenon in the 1970s and 80s, turning its stars into household names—the late Leonard Nimoy, who played the half-human, half-Vulcan “Mr. Spock” and William Shatner, who played Captain James T. Kirk.

“Bringing Star Trek back to television means returning it to its roots, and for years those roots flourished under Bryan’s devoted care,” said Kurtzman.

The new series will air exclusively in the United States from January 2017 but will be available largely behind the pay-wall on CBS’s subscription channel, CBS said.

Fuller most recently worked as executive producer and writer on NBC’s Hannibal, based on the characters from the book Red Dragon by Thomas Harris.