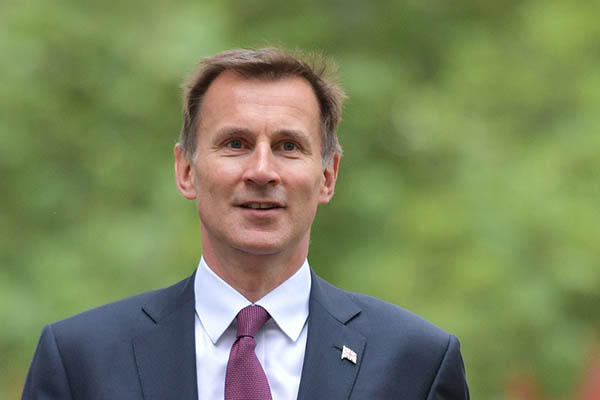 Countries that abuse journalists should pay a “diplomatic price,” British Foreign Secretary Jeremy Hunt told a conference on media freedom on Wednesday, adding that liberal democracies must also “practice what we preach.”

Hunt, who is battling Boris Johnson to become Britain’s next leader, raised the murder of dissident Saudi journalist Jamal Khashoggi, the jailing of activists in China and Vietnam and the murder of reporters in Mexico. “If we act together we can shine a spotlight on abuses and impose a diplomatic price on those who would harm journalists or lock them up for doing their jobs,” he said.

The London conference, co-hosted with Canada, brings together 60 ministers and around 1,500 journalists, activists and academics from 100 different countries. The hosts are hoping for pledges about action to protect press freedom and cooperation between states on responding to specific cases.

Britain and Canada want to create a group of “like-minded countries to lobby in unison where media freedom comes under attack,” Hunt told a press conference. “It’s easier to speak up when you’re not alone,” added Canadian Foreign Minister Chrystia Freeland.

Britain has also pledged £3 million to kickstart a global fund to provide legal advice and safety training to journalists, and a further £15 million to help independent media. However, Hunt conceded that his own country itself must “do better,” after being ranked 33rd in the 2019 world press freedom index by campaign group Reporters Without Borders (RSF). “Those of us that believe in open societies have to practice what we preach,” he said.

Asked about U.S. President Donald Trump’s attacks on the media for “fake news,” Hunt said: “I wouldn’t agree with it.” He added: “We have to remember that what we say can have an impact in other countries where they can’t take press freedom for granted.”

Speaking at the same event international human rights lawyer Amal Clooney—appointed by Hunt as special envoy for media freedom—went further, suggesting that Trump’s rhetoric risked endangering journalists worldwide. “Today the country of James Madison has a leader who vilifies the media, making honest journalists all over the world more vulnerable to abuse,” she said.

Clooney also noted a U.S. indictment against Wikileaks founder Julian Assange, who is being held in British prison pending possible extradition there, had “alarmed journalists at newspapers around the world.” She added: “As the editor of the Washington Post has put it, it ‘criminalize(s) common practices in journalism that have long served the public interest’.”