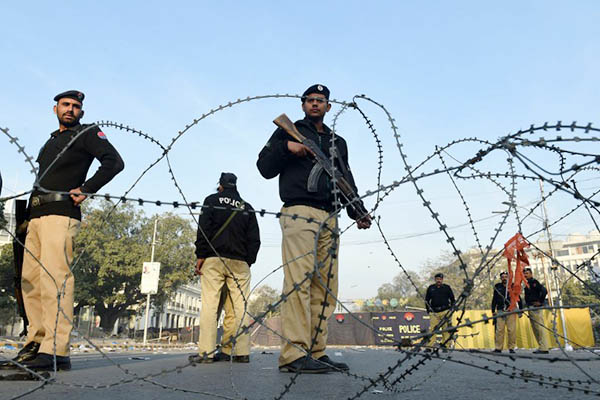 The murder of 21-year-old Osama Satti is the most recent result of trigger-happy Anti-Terrorist Squad (ATS) personnel, who fired 22 shots at his vehicle near G-10 Srinagar Highway, Islamabad. That 22 shots were fired, where only one bullet fired at a tyre to stop the vehicle would have sufficed, itself illustrates the lack of resources dedicated to police reform and training.

The Human Rights Committee (HRC), in its General Comment No. 36, noted at paragraph 13: “all operations of law enforcement agents should comply with relevant international standards, including the Code of Conduct for Law Enforcement Officials … and the Basic Principles on the Use of Force and Firearms by Law Enforcement Officials (1990), and law enforcement agents should undergo appropriate training designed to inculcate these standards so as to ensure, in all circumstances, the fullest respect for the right to life.”

First, issues of capacity must be resolved through enhanced resource allocation and improved training to police departments. In the United Nations Commission of Inquiry report on the assassination of Shaheed Mohtarma Benazir Bhutto (SMBB), this issue was highlighted in paragraph 252: “several high-ranking law enforcement officials expressed concerns to the Commission that resources to build investigative capacity, especially in terrorism cases, have gone to the intelligence agencies, while police resources and capacity lag … this tendency has led to a distortion and imbalance in the functions of these institutions and presents a challenge for the future in ensuring the democratic rule of law.” Our police forces have been ill-equipped and poorly trained for the last many decades, with the predominant focus of training being on maintaining the police as a colonial force.

What is required is a shift from current policing strategies to community policing, particularly taking into account the post-conflict nature of our society in light of our experiences in dealing with terrorism. We have never attempted to adopt community policing owing to both lack of clarity about what this entails, and a lack of political will to overcome the trust deficit between law enforcement agencies and the communities they serve.

The traditional policing model should be abandoned and Pakistan must make the shift to community policing, which is premised on crime prevention, citizen participation and community-police partnerships. In order to ensure successful community policing, trust-building exercises and campaigns must be initiated across the country.

Second, police inefficiency, incompetence and corruption must be resolved through two major steps by first establishing an independent police commission, modeled along the Independent Police Complaints Commission (IPCC) operational in England and Wales, and then curtailing the unlawful authority and control exercised over the police by intelligence and military agencies. In the United Nations Commission of Inquiry report on the assassination of SMBB, paragraph 255 clearly states: “this pervasive presence [of intelligence agencies] at times called into question the ability of other institutions to exercise their full, independent mandate and functions.” In fact, paragraph 258 of the report notes: “This pervasive involvement of intelligence agencies in diverse spheres, which is an open secret, has undermined the rule of law, distorted civilian-military relations and weakened some political and law enforcement institutions.”

The misallocation of resources has resulted in an intended crippling of the criminal justice system, which begins at the police stations. A mid-level police officer who was interviewed for a research study in 2020, stated: “In practice, both in rural and urban areas, it is an unofficial responsibility of police stations to mobilize their resources to bear all operating costs, ranging from the investigation of a crime, arranging vehicles and fuel for raids, expenses of forensic tests and serologist, chemical examiners and firearms expert reports, to utility bills, and even stationary for office use. Such a practice forces police to mobilize the required resources through unofficial means.”

Having been to many police stations, particularly in the last 10 years of my life, this is a complaint of almost all police officials, from top to bottom. They are notorious for corruption but there are also reasons for that corruption, especially in day-to-day operations: the major reason being an incompetent State that refuses to equip its law enforcement agencies adequately, consistently diverting resources toward military and paramilitary forces.

Third, a comprehensive review of all colonial laws and laws introduced by dictators is required, including the Criminal Procedure Code (CRPC), the Pakistan Penal Code (PPC), the Police Act 1861, Maintenance of Public Order Act (MPO) and parts of the Police Order 2002. There have been numerous incidents of extrajudicial executions, torture and deaths in police custody and yet we see no concerted effort at conducting a holistic legislative review. Thus far, 24 commissions have been established in Pakistan to deal with police reforms. What they have been able to accomplish lies before us all.

Politicians hold their fair share of blame and responsibility for fostering a “culture of collusion” (N. Malik & T.A. Qureshi, 2020): “such a culture erodes the concept of accountability, and whatever mechanism of institutional or public accountability is present, it is rendered toothless.” And for as long as this culture persists, law enforcement agencies will reward corrupt officers, at the expense of honest ones.

The police cannot be reformed overnight. However, one must ask in horror what has been done for the last many decades knowing full well that we have major issues in our law enforcement machinery’s composition and modus operandi? After the Sahiwal incident, Prime Minister Imran Khan tweeted: “The grief and anger of the people of Pakistan on Sahiwal incident is understandable and justified. I assure the nation that when I return from Qatar not only will the guilty be given exemplary punishment but I will review the entire structure of Punjab police and start process of reforming it.”

That was on Jan. 21, 2019. So with great disappointment, one must ask the Prime Minister (as one did with each successive government before his): what has been done to reform not just Punjab Police but law enforcement agencies in general? That each successive government has failed to do this is deplorable. However, the role of the powers-that-be in this equation cannot be ignored. The recent abduction of the Sindh Inspector General of Police—and the subsequent protest by his subordinates—was one brazen example of how the police force is controlled, manipulated, and bullied by intelligence and military agencies with little recourse for asserting their own legal mandate.