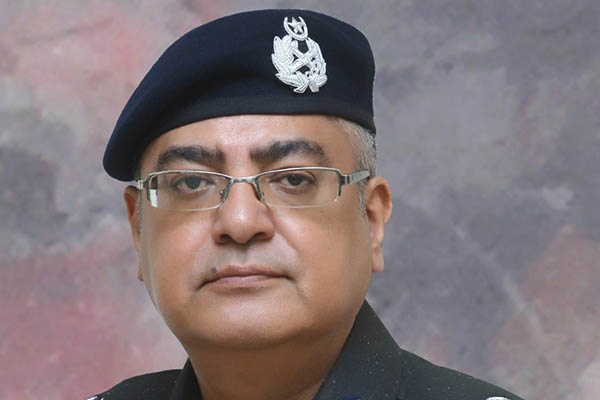 Sindh Inspector General of Police Mushtaq Mahar on Tuesday night deferred—but did not withdraw—his leave application and directed his subordinates to also set aside their leave applications for 10 days “in the larger national interest.”

On Tuesday evening, dozens of Sindh Police officers submitted leave applications, with several refusing to continue working, over reports that the IGP had been “pressured and manhandled” to approve arrest orders for Pakistan Muslim League (Nawaz) leader Mohammad Safdar. In a posting on Twitter, the Sindh Police said the move had been provoked because the incident of Oct. 18 had “caused great heartache and resentment within all ranks.”

Clarifying that the mass submission of applications was not pre-planned, but rather a “spontaneous and heartfelt reaction” that was made on an “individual rather than a collective basis.”

Part of a series of tweets, the official account of the Sindh Police thanked the Army chief for “realizing the sense of hurt that prevailed within a uniformed force, and for promptly ordering an inquiry into the matter.” It also thanked PPP Chairman Bilawal Bhutto-Zardari and Chief Minister Murad Ali Shah for showing solidarity with the police force by personally visiting the IGP and pledging to conduct a provincial government-led inquiry to determine the circumstances that led to Safdar’s arrest.

“Sindh police has always been a disciplined force which believes in institutional harmony between all key national institutions and has always been cognizant of its responsibility to serve and protect the citizens of this province and thus, keeping this in mind, IG Sindh has decided to defer his own leave and ordered his officers to set aside their leave applications for 10 days in the larger national interest, pending the conclusion of the inquiry,” it added.

On Tuesday evening, several senior officers of Sindh Police, including the IG, submitted applications for leave, with one letter that went viral on social media citing demoralization of the police force for the request.

Signed by Special Branch Additional Inspector General Imran Yaqoob, the application requested 60 days’ leave because the “ridicule and mishandling” of police high command had caused demoralization within the police ranks. “In such a stressful situation, it is quite difficult for me to discharge my duty in a professional manner,” he said, adding that the break would help him “come out of the shock and settle down.”

According to local media, several Deputy Inspectors General, District Police Officers and even Station House Officers had submitted their leave applications, potentially leaving the province with a massive personnel shortage.

Safdar, PMLN Vice-President Maryam Nawaz’s husband, was arrested early on Monday after police barged into their hotel room. In addition to attempted murder charges, he was accused of violating the sanctity of Quaid-e-Azam’s mausoleum by raising slogans during a visit there.

In a press conference earlier that day, Chief Minister Murad Ali Shah had condemned the sloganeering but maintained that the manner in which the arrest was conducted was condemnable. He had promised a ministerial inquiry to determine the facts of who pressured and harassed the Sindh IGP into signing arrest orders for the accused.