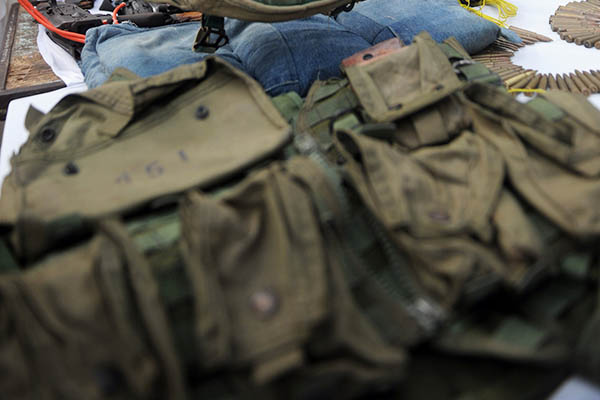 Police says the terror paraphernalia was found during a search operation in Muzaffargarh.

Police in the southern Punjab district of Muzaffargarh on Sunday recovered suicide vests and explosives from a house during a search operation, according to senior officials.

“We have recovered over 10 suicide vests, eight hand grenades, several kilograms of explosives and other weapons from a house during a search operation in the Ali Pur area,” said Rao Zameer, the senior official in Muzaffargarh.

Zameer said the police had undertaken the search operation in response to intelligence reports. “There was intelligence that the suspected killers of two policemen, who were targeted in Bahawalpur, were hiding in the area,” he said. “The recovery of the explosives and suicide vests proves these were not the same criminals, but instead terrorists planning to target sensitive installations,” he said, adding that more information would be gleaned during interrogation.