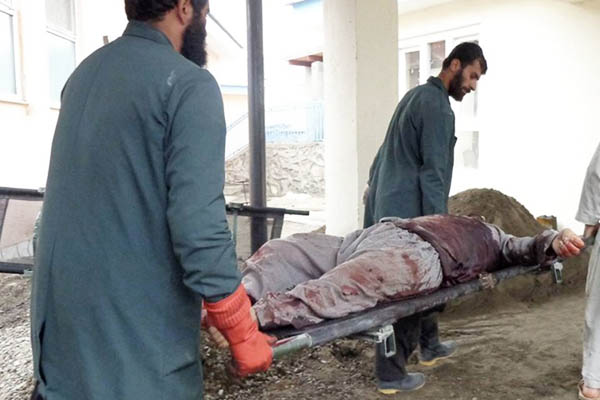 A Swedish charity accused Afghan forces on Thursday of storming one of its clinics in the central province of Wardak, killing three people in what it what it said was a potential violation of international humanitarian law.

The Swedish Committee for Afghanistan (SCA) said the raid on its clinic in the Tangi Saidan area of the province on Wednesday night appeared to have been carried out by members of the Afghan National Army. Two patients and one staff member were killed in the attack, it said in a statement.

However Afghan officials gave conflicting accounts of the raid Thursday, saying it had not been carried out near a clinic and that the casualties had been insurgents rather than patients or staff.

A Ministry of Defense official could not confirm the information and told AFP they were looking in to the report.

Wardak provincial governor Hayatullah Hayat said that the area was under Taliban control, making information difficult to verify, adding the raid might have been carried out by police instead of the army.

“There was an operation by the Afghan forces, possibly police, in the area which targeted a group of enemy fighters, but it was not close to any health facility,” he said. Four insurgents were killed, he said.

Another senior Afghan official confirmed a raid had taken place but said it was nowhere near a clinic.

Wardak, southwest of the capital Kabul, was the scene of some of the most violent battles between NATO forces and the Taliban.

The Swedish organization, which runs health, education and other development programs in almost half of Afghanistan’s 34 provinces, strongly condemned what it said happened. “This attack constitutes a gross violation of humanitarian principles and the Geneva Convention that all actors of a conflict have to respect,” Jorgen Holmstrom, the charity’s country director said in the statement. “We will further investigate this violation and let those responsible be held accountable.”

The attack came as the International Red Cross said Thursday it had suspended its activities in Ghazni province after five of its local staff there were taken hostage by what it described as a “local armed group.” In a statement the charity said it was working to get the team released.

“ICRC’s activities are currently suspended in Ghazni province. Security conditions are being reviewed in other ICRC offices, but activities are presently ongoing,” the statement said.