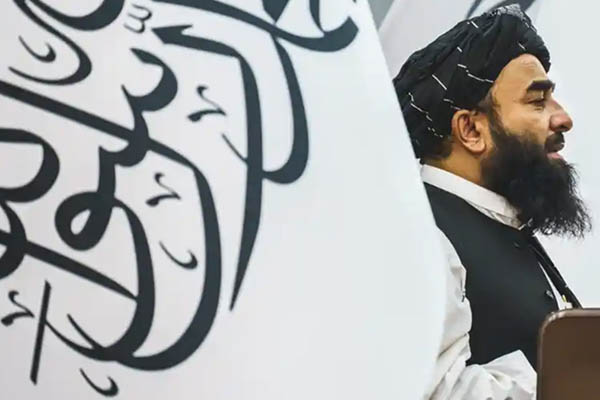 U.S., U.K. say they are seeking clarity from the Taliban over travel restrictions

The Taliban on Sunday announced they would bar Afghans from leaving the country without a “valid excuse,” adding that women would not be permitted to fly abroad if they were not accompanied by a male relative.

“I have to say clearly that persons who leave the country along with their families and have no excuse… we are preventing them,” spokesman Zabihullah Mujahid told a press conference. Similarly, he said, if women want to travel abroad, “they should have a chaperone.” This, he claimed, was in accordance with Islamic sharia law.

The interim Taliban government already bars women from traveling domestically without male relatives. The latest directive all but ensures that women would be prevented from traveling overseas for study if they lack an accompanying male guardian.

According to the AFP news agency, Mujahid also claimed that evacuations organized by foreign nations or non-governmental organizations had been banned. He said this was aimed at “preventing hardship” for Afghans abroad. He claimed that the Taliban had received reports of thousands of Afghans “living in very bad conditions” abroad and the government wished to avoid this.

Observers have warned that this directive imperils thousands of Afghans who are still awaiting the processing of their asylum requests after having worked with Western organizations during the 20 years U.S.-led foreign forces were in Afghanistan. The exact circumstances that would allow Afghans to evacuate remain unclear.

Hugo Shorter, the U.K. charge d’affaires for Afghanistan, said on Twitter that the Taliban’s directives were “unacceptable restrictions on freedom of movement.” He urged the Taliban to “clarify” their remarks urgently.

Similarly, the Reuters news agency cited a U.S. State Department spokesperson as saying they were engaging with the Taliban over the issue. “We have seen the Taliban statements reported in the press and have raised our concerns with the Taliban,” the spokesperson said. “Our ability to facilitate relocation for our Afghan allies depends on the Taliban living up to its commitment of free passage,” they added.