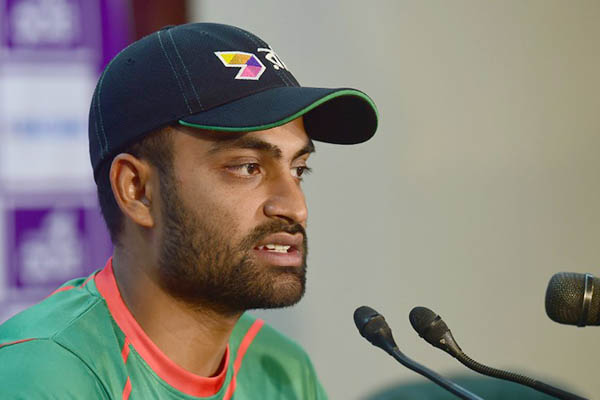 Bangladesh opening batsman Tamim Iqbal said on Friday he is proud to be part of the World XI team that will play three Twenty20 matches in Pakistan next month as part of an effort to revive cricket in the trouble-torn country.

Pakistan Cricket Board (PCB) Chairman Najam Sethi on Thursday announced that South African captain Faf du Plessis will lead the World XI that comprised illustrious names from at least seven Test playing nations. The World XI will play three Twenty20 Internationals for the Independence Cup against Pakistan in the city of Lahore on Sept. 12, 13 and 15.

The matches are aimed at ending Pakistan’s international isolation, triggered after militants attacked the visiting Sri Lankan team’s bus in Lahore in 2009.

“I feel that representing the World XI is a big achievement for me and I’m very proud of it,” Tamim told reporters in Dhaka. “I think that 10 Test playing nations are like a family. Someone has to help international cricket get back to Pakistan. They [ICC] have taken a fantastic initiative. If they are successful in hosting, I hope more international teams will visit Pakistan. It should have started at some stage. We have taken the first step. I think this is really a fantastic thing but it should have been organized a long time ago,” he added.

Former Zimbabwe captain and ex-England coach Andy Flower will coach the side, which is set to arrive in Lahore on Sept. 11 after attending a two-day camp in Dubai, said the PCB.

Since the suspension of international cricket, Pakistan have been forced to play all their home series in the neutral venues of the United Arab Emirates. But security has improved in recent years, giving fans hope that international cricket could finally return, a massive boost in a country where the game is far and away its most popular sport.