Teenage Boy Cuts Off His Hand Over Blasphemy Mistake 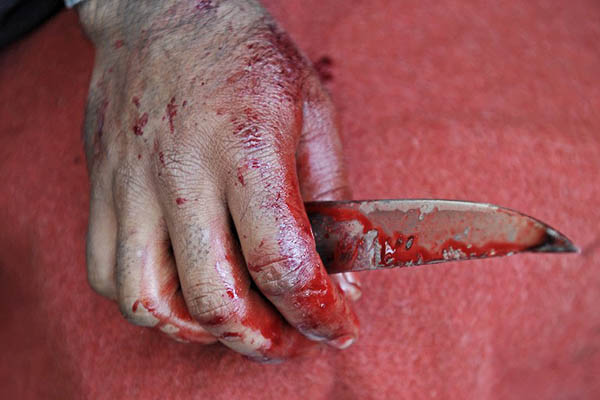 Police say Mohammad Anwar’s parents and neighbors have lauded his actions, and no complaint has been registered.

A 15-year-old boy cut off his own hand believing he had committed blasphemy, only to be celebrated by his parents and neighbors for the act, according to police.

Local police chief Nausher Ahmed described how an imam told a gathering at a village mosque that those who love Islam’s Prophet always say their prayers, then asked who among the crowd had stopped praying.

Mohammad Anwar, 15, raised his hand by mistake after apparently mishearing the question. The crowd swiftly accused him of blasphemy so he went to his house and cut off the hand he had raised, put it on a plate, and presented it to the cleric, the police chief said.

The incident took place at a village in Hujra Shah Muqeem district in Punjab province about four days ago, according to the policeman.

Ahmed said that he has seen a video in which the boy is greeted by villagers in the street as his parents proclaim their pride. No complaint has been made, he said, so no police report has been filed and there will be no investigation.

Blasphemy is a hugely sensitive issue in Pakistan, an Islamic republic of some 200 million, where even unproven allegations frequently stir mob violence and lynchings. Critics including European governments say the country’s blasphemy laws are often misused to settle personal scores.