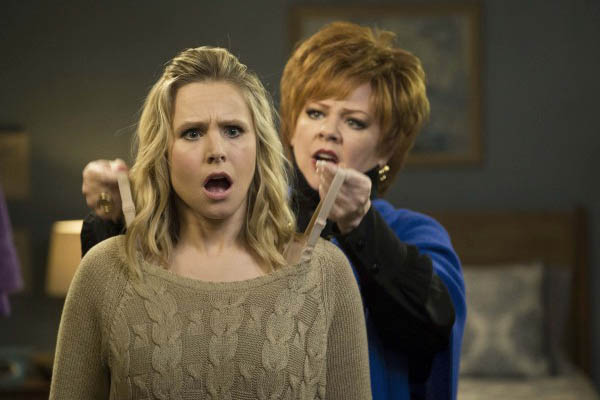 Starring Melissa McCarthy, The Boss tells of a billionaire who emerges penniless from a spell in jail for insider trading and is forced to move in with a former employee. Despite withering reviews The Boss grossed $23.5 million across 3,400 screens for the weekend, according to figures from industry tracker Exhibitor Relations.

The Boss edged out the iconic superheroes—Batman played by Ben Affleck and Superman by Henry Cavill—who had ruled the box office for the past two weeks. But Batman v Superman still grossed $23.4 million for its third weekend, lifting its total domestic takings to $296.6 million.

Third place went to animated Disney film Zootopia, about an intrepid rabbit police officer who works with a fox to solve a crime in the animal kingdom. The movie grossed $14.3 million, lifting its total takings to $296 million after six weeks on the screen.

The comedy sequel My Big Fat Greek Wedding 2, which reunites the main cast from the 2002 hit of the same name, fell one spot to fourth with $6.4 million. And the first-person live-action shooter Hardcore Henry, hailed by some as a new cinematic genre, took fifth place with $5.1 million. The Russian-American production, which has divided critics, shares the aesthetic of hit video games like Halo and Call of Duty, but with real actors filmed on GoPro cameras.