The Creeping Effects of Light Pollution 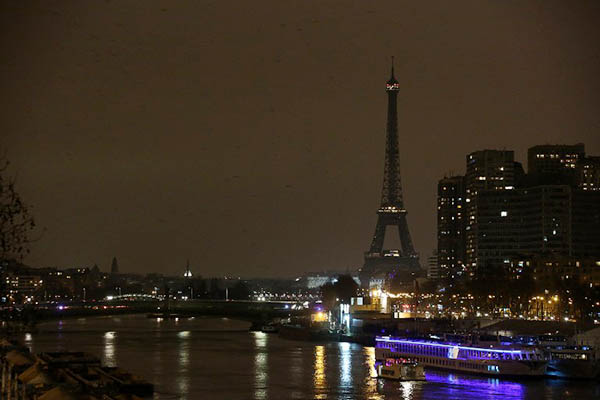 Another reason to flip the off switch to mark Earth Hour this Saturday.

For the 11th year running, cities worldwide will turn their lights off on Saturday to mark Earth Hour in a global call to action on climate change. But the moment of darkness should also serve as a reminder, activists say, of another problem that gets far less attention: light pollution.

More than 80 percent of humanity lives under skies saturated with artificial light, scientists recently calculated. In the United States and western Europe, that figure goes up to 99 percent of the population, most of whom cannot discern the Milky Way in the night sky.

Artificial lighting has been shown to disturb the reproductive cycles of some animals and the migration of birds that navigate using the stars, and to disorient night-flying insects. For humans, circadian rhythms that regulate hormones and other bodily functions can also be thrown out of whack by too much light at night.

Even the most ardent critics of light pollution are not saying cities should go dark, or that lighting is not an essential element of urban life. But society needs to address a growing list of concerns, they suggest.

“In general, it’s getting worse,” Diana Umpierre, president of the International Dark-Sky Association, said of light pollution in her home state of Florida. And things are moving in the wrong direction, she told AFP.

“We are predicted to have 15 million more residents in the next 50 years”—with all the extra lighting that entails.

By contrast, in Chad, the Central African Republic and Madagascar—not coincidentally among the poorest countries in the world—three quarters of people have a clear view of the heavens. Arguably, noone suffers more from light pollution than astronomers whose telescopes are blinded by the glare of urban glow.

In 1958 Flagstaff, Arizona—more than 2,100 meters above sea level—became the first sizeable city to curb night lighting, mainly to shield a major observatory.

One of the biggest challenges in fighting light pollution is convincing people that “brightness” is not synonymous with “safety,” said Umpierre. “Sometimes it’s just the opposite,” she argued, citing studies showing that people drive more carefully—and more slowly—on roads with less or no lighting at night.

Over the last 15 years, biologists, doctors, non-governmental organizations and even UNESCO have joined the fight against light pollution by detailing negative impacts to health and well being—for humans and other animals.

In 2012, the American Medical Association (AMA) concluded that exposure to “excessive” night light “can disrupt sleep and exacerbate sleep disorders.” And it called for more research into possible links to cancer, obesity, diabetes and depression.

Last year, the AMA raised another red flag, this time about light-emitting diodes, better known as LEDs. Local governments in wealthy countries are racing to replace existing streetlights with LEDs, which consume less energy and last longer. In the United States, fully 10 percent of public lighting has already switched over to LED.

That is good news for the fight against global warming, cutting on fossil-fuel burning for electricity, but it may be bad news for health, the AMA cautioned.

“Some LED lights are harmful when used as street lighting,” AMA board member Maya Babu said in a statement.

Not only do the bluish, high-intensity lights create a view-obscuring glare, they have “five times greater impact on circadian sleep rhythms than conventional street lamps,” the AMA concluded.

The new technology also obscured our view on the night sky even more than traditional city lighting. “LEDs could double or triple the luminosity of the sky”—which means the stars get lost against the background, said the authors of a 2016 world atlas of night sky brightness.

Bit by bit, citizens are starting to push back. A petition circulating in Madrid is calling for a scientific study on the safety and health impacts of LED lighting.

In the Canadian cities of Quebec and Montreal, along with Phoenix in Arizona, public pressure has already pushed city officials to install “yellow” LEDs, which are thought to be less disturbing.