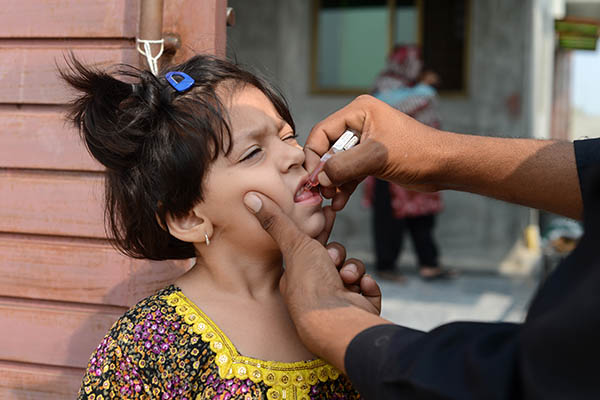 Over 140 cases of poliovirus found in Pakistan so far this year.

Another five cases of the poliovirus have been found in Pakistan, according to a senior World Health Organization official, raising the total number of infected to 143 across the country this year.

The new cases include an infant from Quetta who had been vaccinated but contracted the disease despite the precautionary measures. “Gul Muhammad, a one-year-old, has become the first polio victim from Quetta [this year],” said Dr. Mufti Zubair. “He has contracted the type-1 variant of the poliovirus,” he added.

Dr. Johar, in-charge of the Polio Eradication Program in Khyber-Pakhtunkhwa province, said the remaining four cases included a two-year-old from Khyber Agency, a 16-month-old from North Waziristan, and two infants from Bannu and Tank.

On June 1, Pakistan adopted new guidelines recommended by the World Health Organization and now requires travelers visiting or leaving Pakistan to be vaccinated for polio at least four weeks prior to any tour. Last year, the total number of polio cases recorded in the country was 91.