The Haj in Numbers 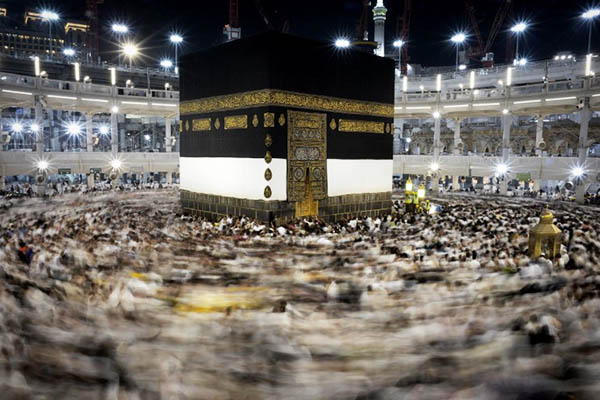 A brief look at one of the world’s largest annual gatherings.

The Haj pilgrimage, which begins on Tuesday in western Saudi Arabia, is one of the world’s largest annual gatherings. Here are some figures illustrating its scale.

Almost 1.4 million pilgrims from around the world have already arrived. A total of about two million, including hundreds of thousands from within the kingdom, are expected.

Eighty percent of international pilgrims come in official Haj delegations from their countries. The other 20 percent come with tourism companies.

About 100,000 police have been deployed to secure the Haj, maintain safety of pilgrims, and manage traffic and crowds.

The Saudi health ministry has mobilized 25,000 additional healthcare workers. To care for ailing pilgrims it has 5,000 beds, including 500 for intensive care. There are eight “seasonal hospitals” which complement permanent medical facilities.

12 new plasma screens, each more than two meters wide, will broadcast messages to pilgrims outside the Grand Mosque, the Saudi Gazette

The Grand Mosque is being expanded by roughly 400,000 square meters, which is the equivalent of more than 50 football pitches.

The average spending for every pilgrim coming from abroad is between $4,600 to $5,000 during Haj season, according to Maher Jamal, chairman of the Mecca Chamber of Commerce and Industry.

740 fire hydrants and 800 taps are connected to a 100-kilometer water network, helping to ensure fire safety at Mina, where fireproof tents can accommodate 2.6 million pilgrims.