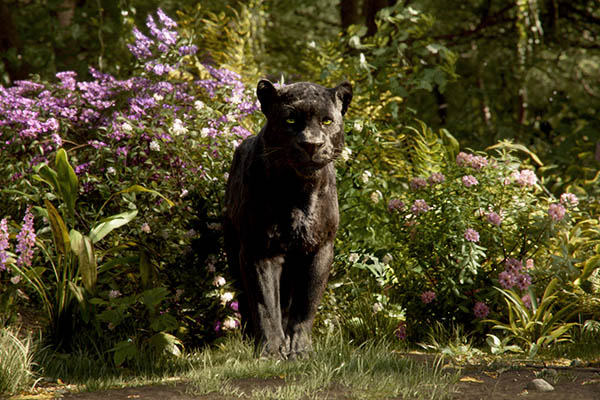 ‘Snow White’ sequel seen as flop after debuting with $20 million against $115 million budget.

Disney’s The Jungle Book ruled the U.S. box office during its second weekend, mauling the competition as it raked in $60.8 million, industry estimates showed Sunday.

The fourth-biggest movie of the year after just 10 days in release with a total of $191.5 million, the live-action Jungle Book continues Disney’s hugely successful streak of retelling classic stories, using computer wizardry to bring to life the characters from Rudyard Kipling’s tales about a boy named Mowgli who is raised by animals. Starring newcomer Neel Sethi as Mowgli, Hollywood heavyweights Bill Murray, Ben Kingsley and Idris Elba provide the voices of Baloo the bear, Bagheera the panther and Shere Khan the tiger.

Universal’s spin on Snow White, The Huntsman: Winter’s War, fell flat, flopping into second place during its debut weekend with $20.1 million despite a budget of $115 million, according to estimates from industry tracker Exhibitor Relations. A prequel to the 2012 film Snow White and the Huntsman, Huntsman—starring Chris Hemsworth, Charlize Theron, Emily Blunt and Jessica Chastain—is set before the events of Snow White, and follows the Huntsman, played by Hemsworth, who teams up with his co-stars against the wicked witch.

Barbershop: The Next Cut, the latest installment in the comedy franchise, came in third during its second weekend with $10.8 million. Featuring Ice Cube and Cedric the Entertainer, the movie centers around the personalities in a barbershop who try to stop the violence plaguing their south Chicago neighborhood.

Disney’s animated family film Zootopia, about an intrepid rabbit police officer who works with a fox to solve a crime in the animal kingdom, rose one spot to fourth. It earned $6.6 million over the weekend for an overall total of $316.4 million after eight weeks.

Slapstick comedy The Boss came in fifth, taking $6.1 million over the weekend, lifting its total domestic take to $49.5 million. Starring Melissa McCarthy, The Boss follows a billionaire who is forced to move in with a former employee after emerging penniless from a spell in jail for insider trading.