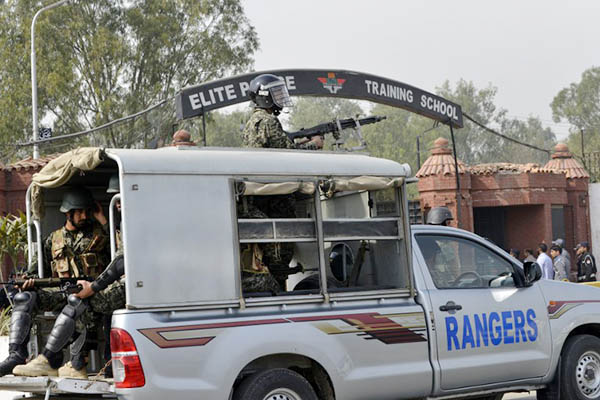 The Apex Committee of Punjab, with Chief Minister Shehbaz Sharif presiding, has finally decided to let the paramilitary Rangers purge the province of terrorist organizations. If there was any doubt that this decision too might succumb to a long bureaucratic slumber, it should be noted that the following attended the session:

Punjab has needed this operation for several years, especially after the son of the militant Sipah-e-Sahaba’s founder got elected to the Punjab Assembly last year. Persistent rumors have claimed that the provincial government was hesitant to summon the Army against militant nurseries because it feared that once entrenched, the military would start calling the shots and ignore any possible requests for “exceptions.” Since this has already happened in Karachi—which is still in the midst of a Rangers-led operation—it was surmised that Chief Minister Sharif was scared of becoming Punjab’s Qaim Ali Shah.

The Army will have to overhaul some of its strategic thinking before it goes after what have been Pakistan’s “strategic assets,” mainly hiding behind alternative organizational names allowed by courts paralyzed by “lack of evidence.” If you go by what ex-Army chief Pervez Musharraf said on Dunya TV last week, the military may itself be confused about whom to target. In his view, the Jamaat-ud-Dawah is an “asset,” while the Jaish-e-Muhammad “may not be.”

In order to succeed, any operation must target all militants, regardless of their “good” or “bad” status. An incomplete operation is far more likely to cause, rather than fix, damage if some terrorists are allowed to maintain their control over vast areas of the province while others are eliminated.