Home Lightbox The Rise of the Alpha Male

The Rise of the Alpha Male 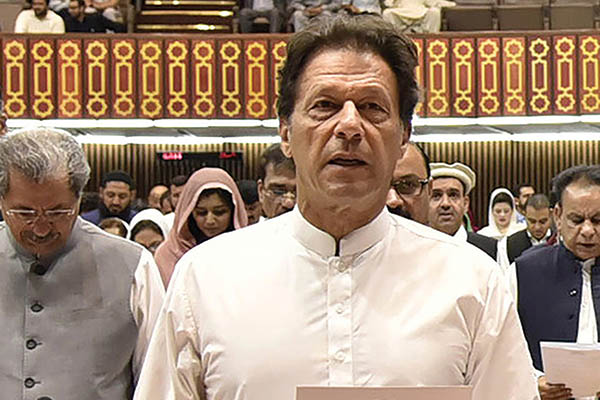 ‘Strong leaders’ are reshaping the world, one nation at a time

No analysis of the past year is complete without examining the rise of “new leaders” in nations across the world, many of whom have been characterized as “alpha males”—a catch-all term explaining those in the animal kingdom who exercise power over their flocks by promising protection against “rival” groups. These alpha male leaders, many of whom have either assumed or cemented their hold on power in the past year, include but are not limited to: Narendra Modi in India, Xi Jinping in China, Donald J. Trump in the United States, Vladimir Putin in Russia, Recep Tayyip Erdogan in Turkey, Shinzo Abe in Japan, Marine Le Pen in France and Geert Wilders in the Netherlands.

Modi was a particular target of social media lampooning for his much-publicized boast of a “56-inch” chest, but his country posts a high economic growth rate, granting him some degree of credibility. Xi Jinping too gets counted in this high-growth category. But this doesn’t fit all the alphas. Erdogan began with a surplus economy but his show of muscle in the neighborhood and against the U.S.-NATO combine has caused him to lose some of Turkey’s economic sheen. Putin is roaring and pushing his neighboring statelets around because of the piped gas the European Union gets from Siberia. Others like Marine Le Pen and Geert Wilders are leaders that don’t win at the polls but claim stature through “rage”: anger that unites people across politics, demanding retrogressive change.

Charms of the challenger

There is no doubt that Imran Khan of Pakistan is an alpha male leader who, unlike India’s Modi, is currently sitting atop a collapsing economy. He won the 2018 general elections, eclipsing all the “uncharismatic” leaders of the past. His challenges to leading politicians in the opposition often find them on the defensive. His formula of success is “change”—a transformation radicalized by his advocacy of collective anger. The theory of collective rage that binds people has been effectively practiced by his party through two years of agitation leading up to the polls, aided by effective financing by party “electables” and support from the deep state. His organizational theory achieves solidarity through appeal to moral outrage—in his case through condemnation of corruption in an idiom of violence.

Great alpha leaders are not “transactional,” a condition of democracy, but “transformational,” strongly hinting at “revolution.” Modi’s India relies on the “outrage” of the Hindu majority over cow-slaughter to achieve organizational advantage, while his economic achievement dumbs down any credible reaction from the rump of intellectuals still championing secular democracy. Imran Khan’s “Naya” Pakistan, meanwhile, rests on the pledge of extermination of corruption, mostly persecuting and demeaning opposition leaders through not a little help from a Supreme Court floating on its own “judicial populism.” According to Reema Omar, a legal adviser for the International Commission of Jurists: “Article 184(3) of the Constitution of Pakistan sets out the Supreme Court’s original jurisdiction, and enables it to assume jurisdiction in matters involving a question of ‘public importance’ with reference to the ‘enforcement of any of the fundamental rights’ of Pakistan’s citizens.” This article has bestowed Pakistan with another alpha male, this time an alpha chief justice contesting his empire of the suo motu with Khan.

Alpha male leaders are at times labeled “strong leaders,” a title that earns additional limelight when they emerge in weak, internally troubled states, like Rodrigo Duterte of the Philippines. Who will listen today to a “liberal” John Stuart Mill, who wisely advised people “not to lay their liberties at the feet of a great man, or to trust him with powers which enable him to subvert their institutions”? The strong man of Mill is in fact the alpha male of today, pledging “transformation” in a world that has spent several centuries arriving at a much-desired design of an “inclusive” modern state. What gets him through this early challenge is his reliance on the theory of “moral outrage.” One early alpha male leader, Hugo Chavez of Venezuela, gave his name to the philosophy of moral outrage: chavismo. Today, one of the world’s chief oil-producers, Venezuela is economically belly-up, with citizens going hungry, prompting a mass exodus to neighboring nations.

President Trump is clearly breaking all norms, riding the tide of the white middle class rage that targets immigrants and trade rivals that “take away our jobs.” He can make outrageous statements and send out tweets that no other American president would have dreamt of composing. He doesn’t care that the American media is almost totally hostile to him and the world outside hates him, so secure he is riding the “American outrage.” Unlike Theresa May of the United Kingdom, who didn’t know how to direct the subterranean sulfur of British rage against immigrants, Imran Khan has actually manufactured his collective outrage with his historically unprecedented city-by-city campaigns that often declined into violence. His unbuttoned language became the lingua franca of the homo pakistanicus and today undermines the discourse of traditionally courteous households.

The rage of Rizvi

Out of the campaigns of outrage, more popularly known as “dharnas,” grew an entire parade of strongmen, each bent on manufacturing more collective outrage. One such alpha male, this time of religion, was Khadim Husain Rizvi. The brash far-right cleric was forgiven his obscene language by hand-kissing mobs baying for the blood of alleged blasphemers and caring more for protection of the honor of Islam’s Prophet than corruption and accountability. Rizvi was the wheelchair-bound alpha male who brought major cities across Pakistan to a standstill by mobilizing warriors who inflicted brutal violence on innocent passersby in the name of religion. He today cools his alpha-male heels in a jail for widespread barbarity.

There is something apocalyptic about the alpha male leader. He puts an end to any semblance of order that existed before his arrival. For some reason, because of his intellectual “simplicity” or the “reductionism” of his understanding of the order he wants to end, the “new” order doesn’t work either. The world sees in him more the end of an order without acknowledging the “new” order that he has been promising. Isolation then becomes key. American diplomat Richard N. Haass’ commentary on what alpha male leaders are doing to the world might sum it up best: “In what by historical standards constitutes an instant, the future of democracy, prosperity, and peace in Europe has become uncertain. And with the U.S. under President Donald Trump treating its allies like enemies, the continent must confront the growing threats it faces largely on its own.”