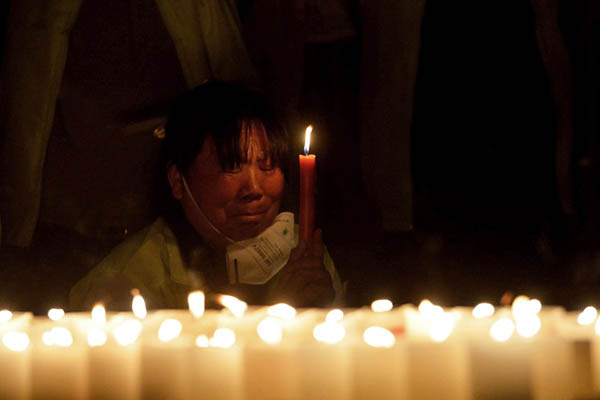 Over 600 remain injured and 50 people are missing following explosion at Chinese port city.

The death toll from a series of explosions that rocked the Chinese port city of Tianjin earlier this month rose to 123, state media reported on Sunday.

Fifty people are still missing and 624 are still in hospital a little more than a week after the blasts, the official Xinhua news agency reported, citing local officials.

The explosions at a hazardous goods storage facility on Aug. 12 triggered a giant fireball and new fires broke out as recently as Friday. China’s powerful State Council, or cabinet, has vowed to conduct a “rigorous” investigation into the cause of the explosions, Xinhua said Saturday.

The owners of the hazardous goods storage company at the center of the incident, Rui Hai International Logistics, reportedly included the son of a former police chief who used his connections to help the firm obtain the necessary permits and pass inspections.

The blasts have also sparked fears of toxic pollutants contaminating the air and water of the city, which has a population of around 15 million people.

Thousands of tons of hazardous chemicals were stored at the site, officials have said, including about 700 tons of highly poisonous sodium cyanide, a white powder or crystal that can give off lethal hydrogen cyanide gas.