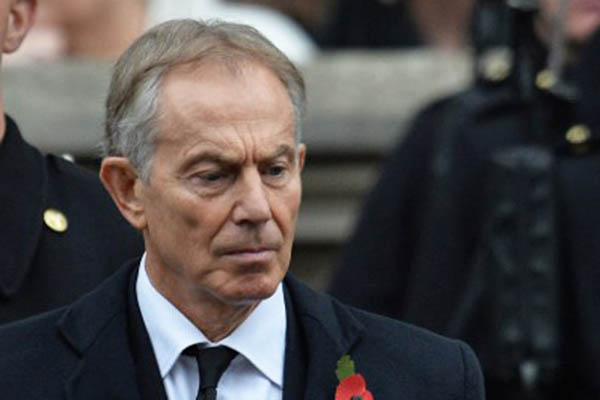 Former British prime minister says he is acting as private citizen to push for negotiated settlement.

Former British prime minister Tony Blair launched a new campaign for a peace agreement between Israel and Palestinians in Jerusalem on Friday.

Blair, who was an envoy for the Middle East peacemaking Quartet, said he was now acting as a private citizen to push for a negotiated settlement. “What I will do both here and throughout the region is work through this Initiative for the Middle East, as I call it, to try and push and promote… a political process in the framework of the Arab peace initiative, major change on the ground in Gaza and the West Bank, and Palestinian unity on the basis of peace,” he said.

The Quartet—the European Union, Russia, the United Nations and the United States—appointed Blair to support the Palestinian economy and institutions in preparation for eventual statehood. But his eight-year tenure failed to produce a meaningful breakthrough, with talks between Israel and the Palestinians being frozen since April 2014.

Blair said his new role allowed him added freedom to hold frank discussions with all sides. Israeli media reports in recent weeks have suggested Blair has been meeting with the leaders of the Palestinian Islamist movement Hamas, which controls the Gaza Strip, but Blair refused to publicly confirm such talks.

“I am not going to comment on those other than to say that what I have found since leaving the Quartet role is it has been easier to have conversations of complete frankness with people,” he said. “Since I have the relationships people may be prepared to be more forthcoming than when they think you are representing [the Quartet],” he said.