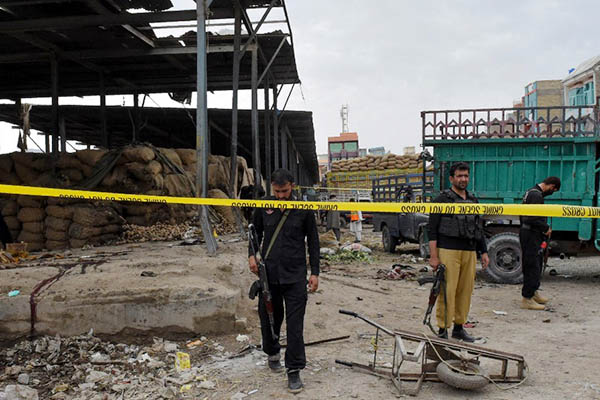 Pakistan today is undoubtedly in a better place to cope with terrorism than it was a decade ago. Unfortunately, despite significant efforts from civilian law enforcement agencies to curb this menace, our success is largely measured in terms of military operations that claim to have decimated the ranks of terrorists. This does a great disservice to the civilian forces and their frontline efforts.

Certainly, terrorist attacks are only a fraction of what they were 10 years ago. Army-driven, tactical counter-terrorism efforts are measured by the armed forces’ ability to face the crisis; by intelligence agencies’ identification of militant groups responsible for terrorism; and by how efficiently the culprits are apprehended or eliminated and their sanctuaries destroyed. However, these successes have overshadowed counter-terrorism efforts by civilian forces, which deserve acknowledgement but tend to only be discussed when they fail on the job, such as the January incident in Sahiwal that left four civilians dead following a botched Punjab-led operation.

To be clear, terrorism has not ended in Pakistan. It may be on the wane, but it still exists. A true measure of success lies in the ‘prevention’ of terror attacks, not merely in the response to strikes that inevitably result in countless sacrifices from both civilians and security forces. In all fairness, while prevention is the optimum outcome of counter-terrorism efforts, it is also the most difficult to achieve. Required strategies are complex and chaotic, deeply entangled in a myriad of constitutional limits, federal and provincial injunctions, and difficult-to-navigate public opinion. Compounding confusion, terrorism today has many faces, incorporating secessionist insurgencies, sectarian conflict, and ethnic and political turf wars, to name just a few. The military’s countering of these multifarious threats—many of them homegrown—is ill-advised because it courts controversy, as most clearly seen in Balochistan and the ongoing “missing persons” cases.

Civilian law enforcement agencies in Pakistan, such as the police, have for years backed up the military in curtailing endemic terrorism, but with comparably few accolades. The Pakistan Police Forces, in particular, have found themselves on the front lines in the battle against terrorism, with commensurate sacrifices. In 2013 alone, 166 police officers in Karachi perished in violence attributed to terrorism while in the first half of 2014, 87 were killed. These casualties make Karachi a microcosm of the problems faced by the police across Pakistan, with Khyber-Pakhtunkhwa province in particular suffering a systematic extermination of its police officers in the past decade. Improvised explosive devices in Balochistan also often claim the lives of law enforcement personnel, while Punjab—though with far fewer casualties—has been a target in the recent past.

Threat to life is not the only danger faced by police. On the final day of its tenure in power, May 31, 2018, the Pakistan Muslim League (Nawaz) government unveiled a much-awaited National Internal Security Policy. However, it failed to materialize reforms within the police or for agencies enforcing the law. This is nothing new; indeed the discussion springs up repeatedly before dying a natural death due to lack of interest in implementation or political will. Still, the police at least try to keep the discussion alive.

Similarly, the National Counter Terrorism Authority (NACTA) of Pakistan has had to reinvent itself several times, overcoming seemingly insurmountable odds to spawn a joint intelligence coordination center for regulating terrorist intelligence. For years a foundational meeting for giving this entity a mandate never materialized, but now NACTA is assisting counter-terrorism departments, especially Karachi police, in getting data they need to operate.

The conventional wisdom in Pakistan goes that police forces, due to resource paucity and capacity gaps, have remained focused on their traditional roles of law and order and avoided accepting anti-terror roles as part of their mission, requiring the military to intervene. However, this belief flies in the face of the heroic and ongoing struggles of paramilitary Frontier Constabulary in the tribal areas, where they are traditionally led by police officers.

Similarly, counter-terrorism police in Karachi—dubiously nicknamed ‘the Taliban hunters’—have been instrumental in stemming the tide of extremists without much intelligence input from military authorities. Indeed, the Army intelligence formations often revert to the Karachi Counter-Terrorism Department because of the incomparable human intelligence they possess. Unfortunately, their successes in reducing terror incidents have been questioned by critics following allegations that the department’s Rao Anwar extra-judicially murdered civilian Naqeebullah Mehsud.

The Punjab Counter-Terrorism Department has also sought to reinvent itself in the past decade, inducting highly educated corporals and women to gather intelligence, analyze data, investigate cyber-terrorism, engage in forensic accounting to counter terror financing, and other disciplines that have long been thought to be outside the purview of police. However, their abysmal role in Sahiwal, where they killed civilians while allegedly trying to apprehend a terrorist, has overshadowed their successes in reducing terrorism. It is unfortunate that the media has picked apart the CTD’s many successes over one horrifying mistake; after all, the sharp decline in terror incidents speaks volumes of the on-ground reality.

Provincial civilian agencies aren’t alone in finding little support for their efforts. Federal bodies such as the Intelligence Bureau, once possessing a thriving counter terrorism unit, have suffered the apathy of successive governments and a disdainful approach from the ‘elder brother’ military agencies. It, too, recently tried to revamp itself under an energetic Director-General, achieving notable successes especially in Khyber-Pakhtunkhwa.

The Federal Investigation Agency’s Special Investigative Group, meanwhile, has performed remarkably well in dealing with some high-profile cases. The ‘white collar crime’ wing of the federal body has done groundbreaking work in countering terror financing through the latest electronic and modern methods, but lack of publicity means they get little appreciation for their efforts. This is part of the dilemma facing civilian law enforcement: they do not have the resources of the Army’s ISPR to ensure their successes are highlighted by the media.

Policing has a robust role in counter terrorism—denying this leads to myopia over the extent of the problem. In Pakistan, especially, civilian agencies are often the only source of law enforcement and intelligence gathering at the grassroots level. However, due to lack of publicity, few know of the many locally planned terrorist plots foiled by information collected at the police station level.

What is well known is how Pakistan, by ignoring local law enforcement agencies, deprives itself of potentially the nation’s most valuable assets in controlling terrorism and disciplining militants. Simultaneously, the civilian bodies must realize the importance of working with the armed forces while initiating reforms that foster a citizen-oriented approach to policing. To nurture such an approach, the civilian government needs to focus on building relationships, developing human resources, instead of advanced technical skills or weaponry, which has failed gloriously in the past without the requisite human element.

Job descriptions and responsibilities must also be clearly delineated. Civilian agencies need to play a well-defined role against insurgent, terror, and militant crimes, a job they cannot be expected to perform if intelligence agencies continue to detain suspects without charge, keeping them in hiding for months before handing over flimsy evidence for formal arrests. Agencies would be better served if they would start adhering to legislation such as the Investigation for Fair Trials Act 2013, which is meant to operationalize intelligence. Through that long-dormant law, agencies could collect and submit admissible evidence in courts, clarifying the blurred lines that currently occupy the space between police functions and military operational autonomy.

Counter-terrorism awareness, intelligence and information gathering, and the arrest of terror suspects is gradually being integrated into the duties of civil agencies, but there is still a paucity of concomitant Standard Operation Procedures (SOPs). Such SOPs may revisit priorities and draw upon envisaged reforms that require external regulation, but they have to come from within the police to be fully effective. Government bodies such as the Federal Investigation Agency, Airport Security Force, and even the Anti-Narcotics Force should also be engaged in these efforts, as they are playing their own part in countering human trafficking and terror financing, including through drug revenue, but have not yet been integrated to operate under one holistic strategy.

All the stakeholders must realize, first and foremost, that turf wars and perceived encroachment of power by sister government agencies only plays into the hands of terrorists. They must all unite to work for the betterment of Pakistan. The devising and operationalizing of a joint civil-military counter-terrorism approach would be a great first step. Empowering Pakistan’s civil law enforcement agencies will certainly help boost morale—but even more importantly, it will help them in their efforts to protect civilians from militant violence alongside their military brethren.

Farooq is a retired Inspector general of police and a former head of Pakistan’s National Counter Terrorism Authority. He can be reached on Twitter @Kkf50