Trump Calls on Israelis, Palestinians to Compromise for Peace 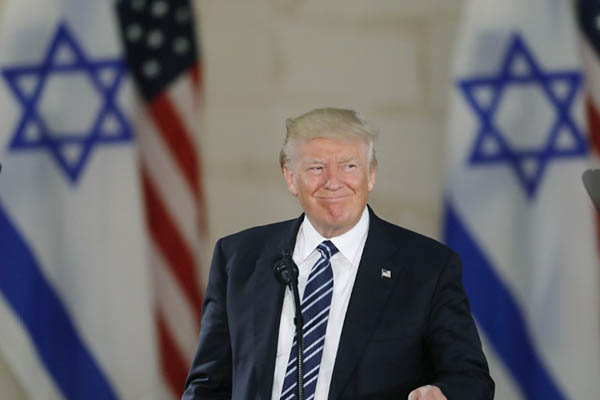 U.S. president wraps up visit to Jerusalem by claiming both sides are ready for resolution to decades-long conflict

U.S. President Donald Trump called on Israelis and Palestinians to make compromises that could lead to peace as he wrapped up a visit with a speech in Jerusalem on Tuesday.

“Making peace however will not be easy,” Trump told an audience of Israeli politicians and other dignitaries at the Israel Museum. “We all know that. Both sides will face tough decisions. But with determination, compromise and the belief that peace is possible, Israelis and Palestinians can make a deal.”

Trump again vowed that he was “personally committed” to helping the two sides reach a deal to end the decades-old conflict. He however offered no specifics on how he planned to make progress in resolving a conflict that has bedeviled his predecessors and with widespread skepticism over whether meaningful talks are possible for now.

He did not specifically mention the two-state solution, long the focus of international peace efforts and U.S. Middle East diplomacy.

Trump’s speech came after he met Palestinian president Mahmud Abbas in Bethlehem in the occupied West Bank earlier in the day. On Monday, he met Israeli Prime Minister Benjamin Netanyahu in Jerusalem. He is due to depart for Rome later Tuesday.

Other parts of the speech were a forceful defense of Israel and pledges by Trump to defend the country against common enemies, including Iran.