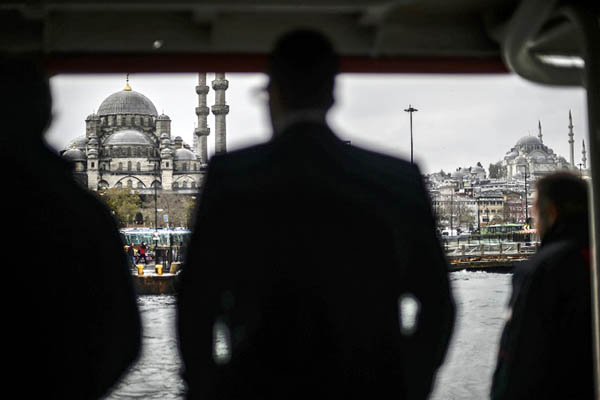 From calling for a Buddhist temple to a place of worship for Jedis, Turkish students have found a novel way to oppose controversial plans to build mosques on their campuses in the officially secular country.

Students at Istanbul Technical University (ITU) have launched an online petition on change.org sarcastically urging the building of a Buddhist temple in response to a plan to construct a mosque. Though Turkey has no significant Buddhist community, by Friday the petition had gathered nearly 20,000 signatures.

“We also want a Buddhist temple! Support us!” says the petition.

If the mosque is built, it would be the first such building constructed on a university campus since the 2002 arrival in power of the Justice and Development Party (AKP) co-founded by President Recep Tayyip Erdogan. The Islamic-rooted government has long been accused of seeking to impose religion on Turkey’s mainly Muslim, but officially secular society, as well as Islamizing the education system. Mustafa Kemal Ataturk founded modern Turkey as a strictly secular state in 1923.

A similar controversy has shaken the campus of Izmir University on the Aegean coast where students have issued a petition asking for the creation of a temple for the Jedi knights from the film Star Wars.

“We want a Jedi temple. There will be a Jedi Council in the temple, and we will train and raise new Jedis,” it said. By Friday, the petition had attracted over 6,500 signatures.

“An institute of higher education should keep a distance from all religions and not just be close to one religion alone,” Zeynep Ozkatip, who launched the Istanbul initiative, told Turkish paper Hurriyet Daily News.

In September, the government allowed girls in high schools to wear the Muslim headscarf while banning tattoos, body piercings, dyed hair and make up.

Learning help the brain to free itself from blind faith and crave for reasoning. Bravo Turkey Students.

Buddhist temple will bring them a method called learning by Doing.