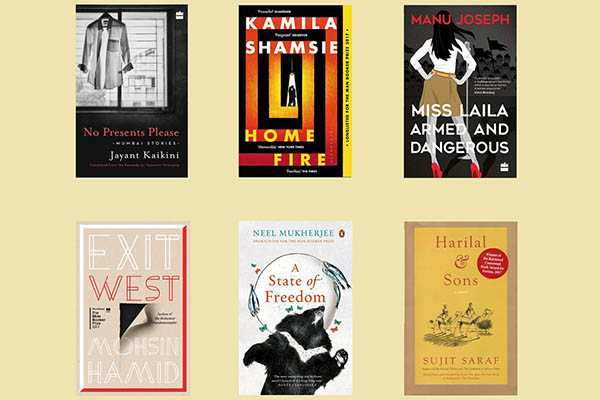 Winner of $25,000 prize to be announced at Kolkata Literary Meet in January 2019

Two Pakistani authors have made the shortlist for the 2018 DSC Prize for South Asian Literature.

Unveiled at the London School of Economics & Political Science on Nov. 14, the shortlist for the eighth annual DSC Prize for South Asian Literature contains six novels, including Exit West by Mohsin Hamid and Home Fire by Kamila Shamsie. Of the remaining four candidates—all of whom are of Indian origin—for this year’s prize, one is a translated work where the original text was in Kannada. The full list of books on the shortlist follows:

No Presents Please by Jayant Kaikini (Translated by Tejaswini Niranjana)

A State of Freedom by Neel Mukherjee

A five-member international jury shortlisted the six final candidates from a longlist of 16 books, as best representative of fiction related to and originating from the South Asian region.

Commenting on the shortlist, Mukherjee said: “Being the chair of the jury of the DSC Prize has been one of the most enriching experiences of my life. I say this for two reasons. One is the sheer intellectual excitement of reading, evaluating and discussing these works of fiction. The other is the interactions I had with my four colleagues on the jury… Evaluating these books reminded me once again of the importance of reading in human lives.”

DSC Prize co-founder Surina Narula thanked the jury panel for their months of deliberations and praised the six books chosen for final consideration. “The shortlist represents the very best of South Asian fiction writing, and the depth, creativity and unique narrative of each of these novels is indeed both impressive and inspirational,” she added.

The final winner will be announced at a special Award Ceremony to be hosted in Kolkata during the Tata Steel Kolkata Literary Meet from Jan. 22-27, 2019. The winner will receive $25,000 in prize money.

A Journey Into the Past