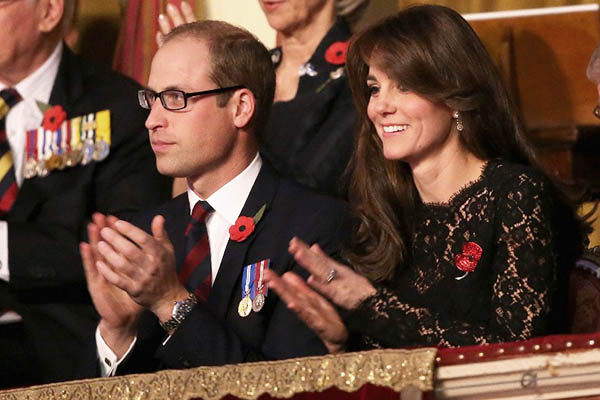 This will be the royal couple’s first tour of India.

Prince William and his wife Kate are to visit India early next year, royal officials announced on Friday during Prime Minister Narendra Modi’s visit to Britain.

It will be the royal couple’s first visit to India, but it is not clear whether their two children, Prince George, aged two, and Princess Charlotte, six months, will accompany them.

“Their royal highnesses the Duke and Duchess of Cambridge will visit India in the spring of 2016,” a statement from their Kensington Palace residence said, using their official titles. “Full details will be confirmed early next year.”

The news came shortly after Modi, who is in Britain on a three-day visit, had lunch with Queen Elizabeth II at Buckingham Palace Friday.

British Prime Minister David Cameron has said that trade deals worth £9 billion between the two countries are expected to be confirmed during Modi’s visit.

The trip could carry memories for William of his mother, the late Princess Diana, who famously posed outside the Taj Mahal, a monument to love, in 1992 as her marriage to Prince Charles collapsed.