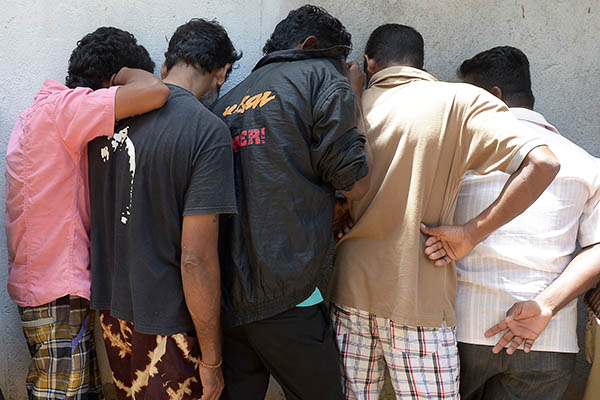 The U.N. refugee agency on Tuesday accused Sri Lanka of breaking international law in its growing campaign to kick out Pakistani asylum seekers without a fair hearing.

“Fundamentally, this is a breach of the principle of no forced returns. That’s a clear violation of international law,” said Adrian Edwards, spokesman for the U.N. high commissioner for refugees (UNHCR).

Sri Lanka has deported 88 Pakistanis since Aug. 1, despite claims that they could be at risk in their homeland, Edwards said. Starting with men who had been placed in detention, the country has widened the net to cover whole families, he told reporters.

“We are very concerned at the continued deportations that are happening. We want deportations stopped,” he said. In all, there are now 11 women and eight children among the deported, said Edwards. “Some of the latest deportees had their passports and asylum-seeker certificates seized last week. They were told to go to Colombo airport, where they were placed on flights to Pakistan,” he said.

He added that UNHCR staff had also heard of families being separated, including a man sent home over a week ago whose pregnant wife remains in Sri Lanka.

Hundreds of Pakistani Christians fleeing persecution have been arriving in Sri Lanka in search of a haven. Sri Lanka has defended its crackdown, saying a state’s responsibility under international law had to be “nuanced and balanced in the context of domestic compulsions.”

Edwards could not immediately give details about the background of the deportees but said UNHCR guidelines stipulate that asylum claims from Pakistan’s Christian, Ahmadiyya Muslim and Shia Muslim minorities should be given particularly careful attention. He said UNHCR also wants access to 157 asylum seekers—including 84 Pakistanis, 71 Afghans and two Iranians—who remain in detention in Sri Lanka. “These recent developments have heightened anxiety among the refugee and asylum-seeker population in Sri Lanka. Many are afraid to leave their homes for fear of arrest, detention and deportation,” Edwards said.