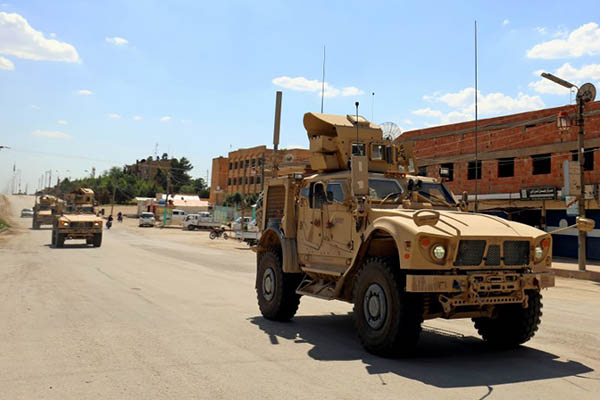 For the first time since 2013, says independent monitor, restive region is free of militant group

The Syrian Democratic Forces (SDF), an alliance of Kurdish and Arab fighters backed by the Washington-led coalition, have captured swathes of the country’s north and east from I.S. since 2015. On Saturday, they cleared a string of outposts in Hasakeh, according to the Syrian Observatory for Human Rights monitor.

“The SDF finished their combing operations through three I.S. positions in Hasakeh province,” said Observatory head Rami Abdel Rahman. “Now, for the first time since 2013, the province is completely empty of I.S.,” he told AFP.

I.S. swept through the area five years ago as it was laying the groundwork for its self-styled Islamic “caliphate,” which it declared across Syria and neighboring Iraq in 2014. But separate offensives have whittled down that territory to small, isolated pockets.

In early May, the SDF announced the final phase of its operation to fully expel the jihadists from Hasakeh and along the Euphrates River in the adjacent province of Deir Ezzor. On June 17, it pushed I.S. from its bastion of Dashisha in Hasakeh province and went on to clear other positions.

Mustefa Bali, who heads the SDF’s press center, confirmed to AFP late Saturday that there was no longer an I.S. presence in Hasakeh. “Hasakeh has been fully liberated for the first time since 2013,” he said.

The Observatory said SDF units were being sent to Deir Ezzor to finish off the last I.S.-held areas there. The SDF and coalition forces are battling I.S. east of the Euphrates River in Deir Ezzor, while Syrian regime troops backed by Russia are present on the western bank. A de-confliction line running along the river is meant to keep them from clashing.