U.S. Firms ‘Ready’ to Get On China’s Silk Road Project 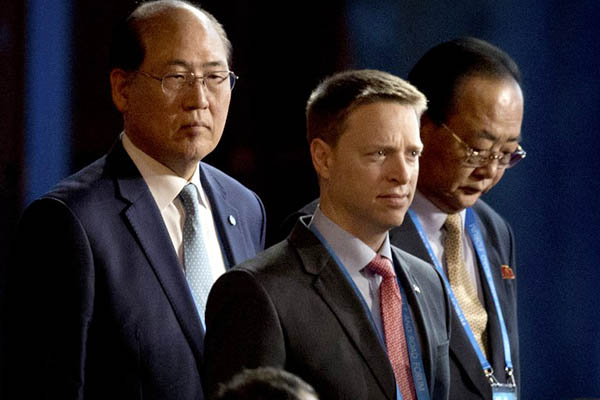 U.S. companies are ready to get involved in China’s Silk Road project, an American official said on Sunday, as Washington strikes an increasingly cooperative tone with its biggest trade rival.

President Donald Trump was scathing about China’s trade policies on the campaign trail, but relations have warmed in recent weeks as the U.S. leader softens his stance. At an international summit in Beijing showcasing China’s ambitious One Belt, One Road initiative, U.S. delegate Matt Pottinger said American companies had “much to offer” the project.

“U.S. firms can offer the best-value goods and services required over the life of a project,” said Pottinger, who is special assistant to Trump and the National Security Council’s senior director for East Asia. “U.S. firms have a long and successful track record in global infrastructure development, and are ready to participate in Belt and Road projects.”

Representatives from dozens of countries are taking part in the forum, which China hopes will spur a revival of the ancient Silk Road trade routes and increase its influence on global trade and geopolitics. But Pottinger warned that the project’s success would depend on a number of factors, including “transparency” in government procurement, “high-quality financing” to avoid unsustainable debt burdens and broad participation.

The project, unveiled by President Xi Jinping in 2013, spans some 65 countries representing 60 percent of the world’s population and around a third of global gross domestic product. The China Development Bank has earmarked $890 billion for some 900 projects.

Pottinger’s comments follow an agreement on Friday between Beijing and Washington to give U.S. beef, natural gas and certain financial services access to China’s massive market. It was one of the first concrete results of trade discussions that began a month ago, when Xi and Trump launched a 100-day action plan on economic cooperation during their meeting at the U.S. leader’s Mar-a-Lago resort in Florida.