U.S., Israel Pull Out of UNESCO Over ‘Anti-Israel’ Bias 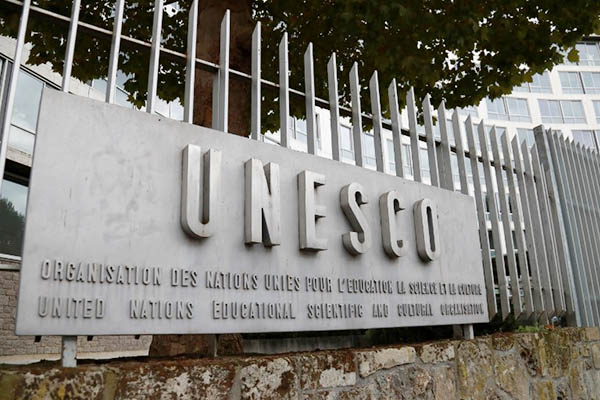 The United States and its ally Israel said on Thursday they were pulling out of the U.N.’s culture and education body, in a move that underlined Washington’s drift away from international institutions.

The U.S. decision, announced in Washington, follows years of tension at the organization, which it accused of having an “anti-Israel bias.”

“This decision was not taken lightly, and reflects U.S. concerns with mounting arrears at UNESCO, the need for fundamental reform in the organization, and continuing anti-Israel bias at UNESCO,” U.S. State Department spokeswoman Heather Nauert said.

The United States has walked out of the 195-member organization once before under ex-president Ronald Reagan, who quit in 1984 over alleged financial mismanagement and claims of anti-U.S. bias in some of its policies. President George W. Bush announced America’s return in 2002, but relations soured again in 2011 when Barack Obama pulled the plug on funding to the body after its members voted to admit Palestine as a full member.

Washington opposes any move by U.N. bodies to recognize the Palestinian territories as a state, believing this must await a negotiated Middle East peace deal. But President Donald Trump’s administration is also reviewing many of its multilateral commitments, pursuing what he calls an “America First” policy that has allies in Europe worried.

“UNESCO is about promoting our ideals and values through culture, education and science,” France’s U.N. ambassador Francois Delattre told reporters in New York, adding that “we need an America that stays committed to world affairs.”

But Nauert said that the cost to the United States of remaining a member had also influenced the decision. “As many of you know, we were in arrears to the tune of $550 million or so. And so the question is, you know, do we want to pay that money? And do we want to pay more money going forward,” she said.

Nauert noted that there is a U.S. law that forbids the government to pay membership dues to any organization that recognizes Palestinian statehood. “So that’s part of it, financially, OK? Second part of it is we’d like to see overall U.N. reform,” she added.

In a statement announcing its own withdrawal, Israel called the Trump administration’s decision “courageous and moral” accusing the U.N. body of becoming a “theater of the absurd” after a series of resolutions condemning the Jewish state.

Trump had already dismayed European partners by saying last June he would withdraw from the 2015 Paris climate change agreement, while later this week he is set to deal a blow to the Iran nuclear deal, which the European Union is desperate to uphold. The outgoing head of UNESCO, Irina Bokova, called the U.S. withdrawal a “loss to multilateralism,” while U.N. Secretary General Antonio Guterres said through a spokesman that he “regrets this development deeply.”

UNESCO was once a low-profile U.N. agency best known for producing a list of World Heritage sites including tourist favorites such as the Grand Canyon or Cambodia’s Angkor Wat, as well as running science, media and cultural programs. But in addition to the controversial decision to admit the Palestinians in 2011, it has been the scene of repeated diplomatic flare-ups after efforts led by Arab countries to pass resolutions critical of Israel.

In May, Israel was infuriated by a resolution identifying Israel as “the occupying power” in the divided city of Jerusalem and calling on it to rescind any move changing the city’s “character and status.” In July, another resolution declared the Old City of Hebron in the occupied West Bank an endangered World Heritage site.

Despite cutting its funding to the agency the U.S. has continued to cooperate with UNESCO since 2011 on programs of interest to Washington, such as combatting extremism and perpetuating the memory of the Holocaust. The double withdrawal by the U.S. and Israel comes as board members are voting to elect a new director-general, with Arab candidates from Qatar and Egypt vying with a French competitor.

“The worst news is the withdrawal of the United States which has overshadowed the election,” defeated Lebanese candidate Vera El Khoury told AFP on Thursday. “Every time a member leaves it weakens the organization.”

Washington’s withdrawal is set to take effect on Dec. 31, 2018, when it will establish an “observer mission” to replace its representation at the agency. “It has nothing to do with the director-general race,” a spokesman for the U.S. mission told AFP.

Francois Heisbourg, chairman of the International Institute for Strategic Studies, said the decision was probably motivated by Trump’s desire to send a message of support to Israel and underlined his “America First” policies. “UNESCO is an easier target than others: it’s relatively small, it doesn’t concern vital interests, and UNESCO has gone much further than other U.N. organizations in recognizing the Palestinian authorities,” he told AFP.