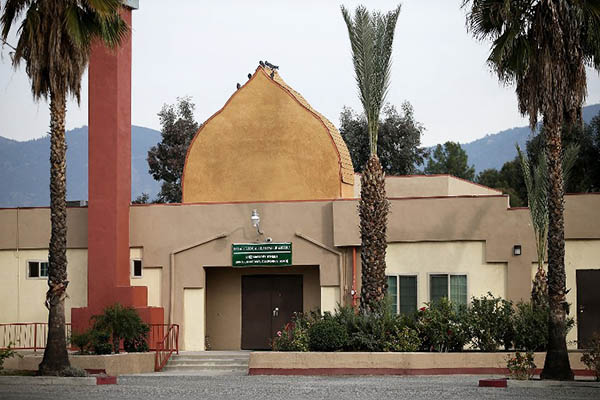 The same short, anti-Muslim letter—addressed to “Children of Satan”—was sent in recent days to mosques in San Jose in northern California and Long Beach and Claremont in the Los Angeles area, said the Council on American-Islamic Relations (CAIR).

The letter dismissed Muslims as a “vile and filthy people” and called on them to “pack your bags and get out of Dodge,” the council said. Trump, the letter added, is “going to cleanse America and make it shine again. And, he’s going to start with you Muslims.”

The document has prompted council chapters in California to appeal for stepped-up police protection of mosques. “This hate campaign targeting California houses of worship must be investigated as an act of religious intimidation, and our state’s leaders should speak out against the growing anti-Muslim bigotry that leads to such incidents,” said Hussam Ayloush, leader of the council’s Los Angeles branch.

Since Trump—who railed against Muslims and immigrants during the campaign—was elected on Nov. 8, more than 100 anti-Muslim incidents have occurred across the country, said CAIR. It quoted the Southern Poverty Law Center (SPLC), which monitors hate crimes, as saying over 700 incidents targeting different minority groups had been documented since election day.