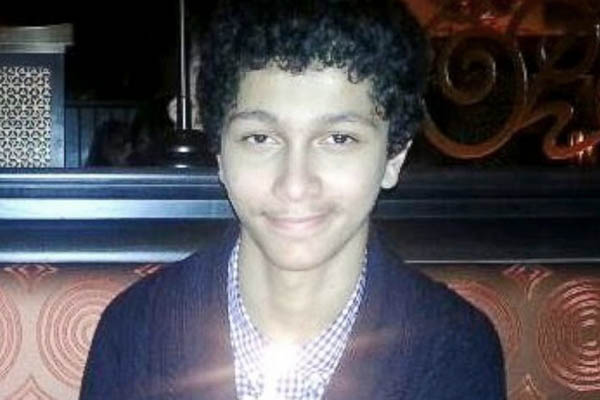 Ali Shukri Amin will also be subject to a lifetime of monitored Internet activities.

A tech-savvy U.S. teenager from Virginia was sentenced to 11 years and four months in prison on Friday for conspiring to provide material support to the Islamic State extremist group.

Ali Shukri Amin, 17, from the small town of Manassas an hour’s drive from Washington D.C., will be subject to a lifetime of supervised release and monitoring of his Internet activities. He is thought to be the first minor convicted in the United States of providing material aid to the extremist group, which has declared a caliphate in Iraq and Syria.

The prolific Twitter user, who sent more than 7,000 messages on the site in support of I.S., pleaded guilty in June. Under the Twitter handle @Amreekiwitness, he provided I.S. supporters with instructions on using the virtual currency Bitcoin to conceal financial donations to the radical Islamist group and the best way to encrypt their online exchanges. He also offered guidance to sympathizers seeking to travel to Syria to fight with I.S., including another Virginia teen, Reza Niknejad, who traveled to Syria to join I.S. in January.

Assistant attorney general John Carlin said “more and more” I.S. propaganda is seeping into American communities “reaching those who are most vulnerable.”

“The Department of Justice will continue to use all tools to disrupt the threats that ISIL poses,” he said.

Those who use social media to support I.S. would be “prosecuted with no less vigilance” than those who take up arms for the group, said U.S. attorney Dana Boente.

Amin’s lawyer, Joseph Flood, had described his client as a stellar student from a good family who was outraged by rights abuses under Syria’s President Bashar al-Assad. When Amin pleaded guilty, Flood said he was the first minor convicted in the United States of providing material aid to I.S.

In Florida, a 27-year-old Kenyan was sentenced to 15 years for conspiring to support Al Qaeda, and its affiliates in Syria and Somalia, Al-Nusra Front and the Shebab, prosecutors said Friday. Mohamed Hussain Said, who pleaded guilty in May, received wire transfers from a co-conspirator destined for Shebab and recruited experienced Shebab fighters to fight in Syria.

U.S. prosecutors said he also tried to recruit others for attacks inside the United States.

On Thursday, another man was arrested in Arizona and charged with providing material support to I.S. for allegedly helping a New York college student travel to Syria to train for jihad. The head of the FBI, James Comey, told lawmakers last month that upwards of 200 Americans have traveled or attempted to travel to Syria to join I.S.