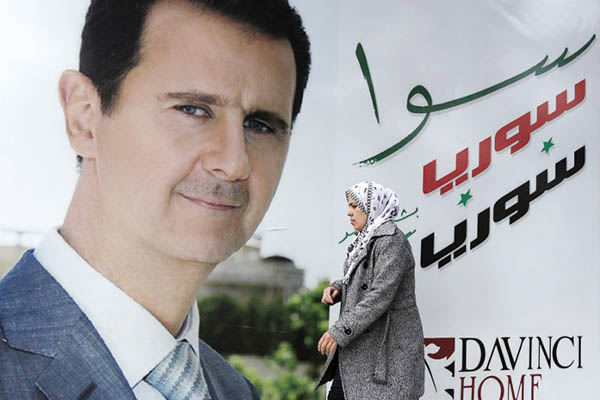 The United States on Thursday renewed its call for Syrian President Bashar al-Assad to step down, marking the fourth anniversary of the civil war by paying tribute to “the brave Syrians” fighting tyranny.

“For four years the Assad regime has answered Syrians’ calls for freedom and reform with unrelenting brutality, authoritarianism and destruction,” State Department spokeswoman Jen Psaki told reporters. “As we have long said, Assad must go and be replaced through a negotiated, political transition that is representative of the Syrian people.”

Without the departure of Assad, it would not be possible “to fully stabilize” the country, Psaki said. “On this somber occasion, we are reminded of all those who suffered and of the brave Syrians who stand up to tyranny and continue to struggle for a future of respect for basic rights, tolerance and prosperity.”

The United States led efforts to convene peace talks in Geneva last year, which brought together the Syrian opposition and government representatives. But the talks collapsed after two rounds amid bitter recriminations and no fresh negotiations have been scheduled.

Last year was the deadliest yet in the conflict, with at least 76,000 people killed out of more than 210,000 since it began on March 15, 2011 with peaceful demonstrations, inspired by the Arab Spring in Egypt and Tunisia.

The State Department will Friday host a meeting of the Syrian diaspora and opposition leaders including former prime minister of the interim government Ghassan Hitto.

Separately, the U.S. special envoy to Syria, Daniel Rubinstein, wrote in a message on the U.S. embassy’s Facebook page: “Assad’s desperation to cling to power through daily terror reminds us all that he has long lost legitimacy and he must give way for a real political transition. Let us recognize that the courageous Syrian people—and neither a dictator nor foreign fighters—must determine their future.”