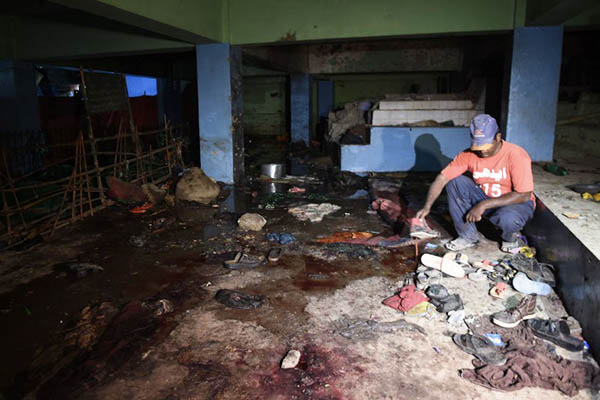 The attack on a Sufi shrine in Balochistan is another indicator of the state’s weakening writ.

On Nov. 13, a suicide-bomber detonated explosives in the midst of approximately 500 people performing a sufi-mystical ritual at the Shah Noorani shrine in a remote hillside village of Khuzdar district in Balochistan. Around 52 devotees, most of them Urdu-speaking and from Karachi, lost their lives, and 102 were seriously injured. Global terrorist organization Islamic State (IS) owned the attack.

Predictably, official reflex kicked in and India was quickly blamed. The message conveyed was that I.S. was on the take from India and carried out the massacre to advance New Delhi’s designs. But there was an alternate view as well: I.S., wielding big money from its Iraq-Syria oil-rich occupied territories, had got its minions-on-rent in the Tehreek-e-Taliban Pakistan, Jandullah and Lashkar-e-Jhangvi to do the killing. The suicide-bomber at Shah Noorani was young and “looked like an Afghan.”

Arabs and their on-the-take militant outfits in Pakistan—empowered additionally through Kashmir jihad—don’t like shrines and those who go to them. Similar sites have been attacked in the past too.

In 2005, Islamabad’s Shia Barri Imam shrine was blown up by two suicide bombers sent from the violently sectarian madrassas of Kohat, using Islamabad’s Lal Masjid as place of muster. In 2006, those who visit shrines—primarily the Barelvi sect—were blown up at Nishtar Park, killing several important leaders. In 2010, a suicide bomber sent by the Punjab’s radical Deobandi-jihadi gangs blew up Lahore’s most revered Data Darbar shrine. The same year, the famous shrine of Abdullah Shah Ghazi was attacked in Karachi by two suicide bombers, killing many devotees.

Popular—moderate—Islam began to be attacked because the state allowed itself to become weak through jihad backed by a madrassa network financed from the Middle East. The empowerment of the proxy warriors inevitably follows the vacuum of power thus created.