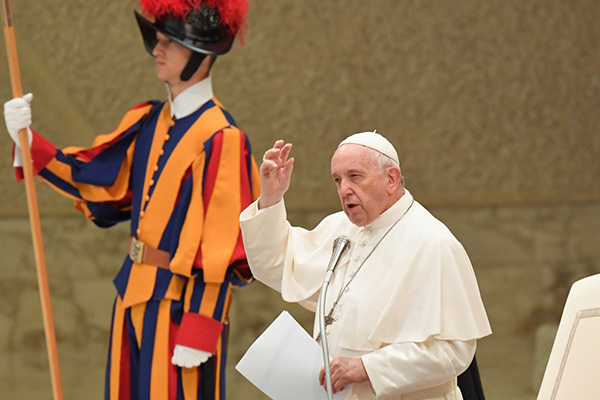 The Vatican on Friday called on Beijing to stop putting pressure on worshippers who choose to belong to China’s unofficial underground church loyal to the Vatican.

China’s roughly 12 million Catholics are divided between a government-run association, whose clergy are chosen by the atheist Communist Party, and an unofficial underground church loyal to the Vatican. “The Holy See asks that no intimidatory pressures be applied to the ‘non-official’ Catholic communities, as, unfortunately, has already happened,” the Vatican said in a statement on Friday.

Beijing and the Vatican severed diplomatic relations in 1951.

Although ties have improved as China’s Catholic population grows and the Vatican intensifies efforts to restore relations, tensions remain. The law in China requires priests and bishops not only register but also align with the country’s official church, the Chinese Catholic Patriotic Association.

“Priests are asked to subscribe to texts which are incompatible with the doctrine of the Catholic Church, creating struggles of conscience,” according to Andrea Tornielli, editorial director for Vatican communications. “They are asked to accept the principle of independence, autonomy and self-management of the Church in China,” he added—a problem for worshippers loyal to the pope.

The Vatican said bishops and priests could refuse on freedom of conscience grounds. A document published on Friday said those registering could ask for a sentence to be added affirming the independence of the Roman Catholic Church.

“At the same time, the Holy See understands and respects the choice of those who, in conscience, decide that they are unable to register under the current conditions,” it said.

Tornielli said the Vatican was “aware of the limitations” faced by many Chinese Catholics. “But it wants to show that we can look beyond and walk forwards without compromising the fundamental principles of ecclesiastical communion.”

An agreement struck in September on the appointment of bishops paved the way for a rapprochement, with both Beijing and the Holy See now to have a say in appointing Catholic bishops in the Communist country, the world’s most populous. But the accord was forged despite a clampdown on religious worship in China, where churches were destroyed in some regions and several church-run kindergartens closed last year. Authorities have also cracked down on Bible sales.