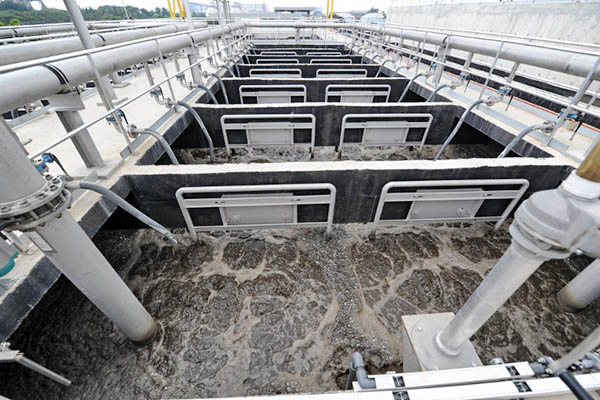 Recycling the world’s wastewater, almost all of which goes untreated, would ease global water shortages while protecting the environment, the United Nations said in a major report on Wednesday.

“Neglecting the opportunities arising from improved wastewater management is nothing less than unthinkable,” said Irina Bokova, director-general of UNESCO, one of several U.N. bodies behind the report issued on World Water Day.

For decades, people have been using fresh water faster than nature can replace it, contributing in some regions to hunger, disease, conflict and migration. Two-thirds of humanity currently live in zones that experience water scarcity at least one month a year. Half of those people are in China and India.

Global warming has already deepened droughts in many areas, and the planet will continue to heat up over the course of the century, even under optimistic scenarios. “There is an absolute necessity to increase water security in order to overcome the challenges brought on by climate change and human influence,” said Benedito Braga, head of the World Water Council, an umbrella grouping of governments, associations and research bodies.

Wastewater—runoff from agriculture, industry and expanding cities, especially in developing nations—is a major part of the problem.

That is especially true in poor countries where very little, if any, wastewater is treated or recycled.

High-income nations treat about 70 percent of the wastewater they generate, a figure that drops to 38 percent for upper middle-income countries. In low-income nations, only eight percent of industrial and municipal wastewater undergoes treatment of any kind.

More than 800,000 people die every year because of contaminated drinking water, and not being able to properly wash their hands. Water-related diseases claim nearly 3.5 million lives annually in Africa, Asia and Latin America—more than the global death toll from AIDS and car crashes combined.

Chemicals and nutrients from factories and farms create dead zones in rivers, lakes and coastal waters, and seep into aquifers.

“Up to now, decision makers have mainly focused on supplying clean water rather than managing it after it has been used,” Connor told journalists. “The two aspects are inextricably linked.”

Water can be used over and over, he added, pointing to the fact that water from several major rivers in the United States is recycled up to 20 times before reaching the ocean.

The potential for reusing liquid waste is perhaps best illustrated by astronauts on the International Space Station who drink recycled urine and use it to wash up. On a larger scale, there are many nations where necessity has spawned innovative technologies.

In Singapore and the southern California coastal city of San Diego, residents already drink recycled water. In Jordan and Israel, 90 percent and 50 percent of agricultural water, respectively, has been recovered for reuse, according to the report.

Besides being recycled, wastewater “can also be a rich source of nutrients, minerals and energy—all of which can be cost-effectively extracted,” said Guy Ryder, chair of U.N.-Water, and head of the International Labor Organization. These are the same elements, he added, that cause terrible damage when untreated wastewater is released into the environment.

Already in use in Australia, China and Japan, these systems can be easily scaled up. More than a fifth of global phosphorus demand worldwide could be met by recycled human urine and feces, according to a recent study. Waste can also be converted into fuel.

A 2015 law in Japan requires sewage operators to use bio-solids as a carbon-neutral form of energy. The city of Osaka produces 6,500 tons of fuel per year from 43,000 tons of wet sewage sludge for electricity generation.

This is an area of development and conservation which is absolutely critical to our survival.