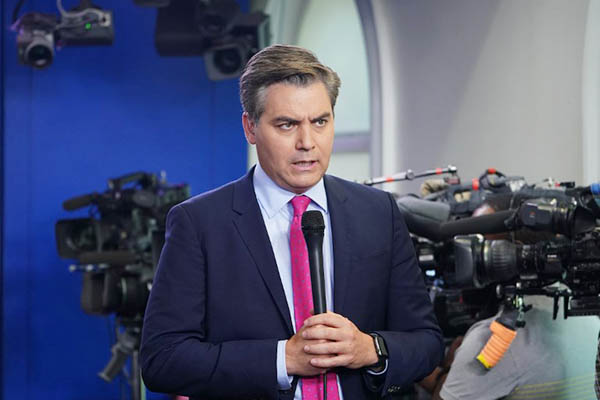 The White House said on Monday it restored in full the media credentials of CNN reporter Jim Acosta, ending a contentious legal battle, but also warned that he may be ejected again if he fails to abide by new rules being implemented for media events with the U.S. president.

CNN said it was dropping its lawsuit on Acosta’s access, a case that raised concerns over constitutional rights for the press. “Today the @WhiteHouse fully restored @Acosta’s press pass,” CNN said on Twitter. “As a result, our lawsuit is no longer necessary. We look forward to continuing to cover the White House.”

The White House said it also issued new rules that call for journalists to “ask a single question” and then “yield the floor.” Follow-up questions will only be taken “at the discretion of the president or other White House official.”

“We have created these rules with a degree of regret,” White House spokeswoman Sarah Sanders said in a statement. “We would have greatly preferred to continue hosting White House press conferences in reliance on a set of understood professional norms… But, given the position taken by CNN, we now feel obligated to replace previously shared practices with explicit rules.”

Sanders added that “a more elaborate and comprehensive set of rules might need to be devised” for interactions with the president outside the White House, but that it is holding back for now “in the hope that professional journalistic norms will suffice to regulate conduct in those places.”

In last week’s order, U.S. District Judge Timothy Kelly ruled that the White House must readmit Acosta because it failed to give the journalist “due process” while reserving judgment on questions of press freedom and constitutional rights.

On Friday, Trump said that “rules and regulations” were being drafted to govern news conferences, where the president or his representatives often accuse journalists—Acosta in particular—of being overly hostile.

Trump critics point out that the president frequently speaks harshly to reporters, for example last week telling another CNN correspondent several times that her question was “stupid.”