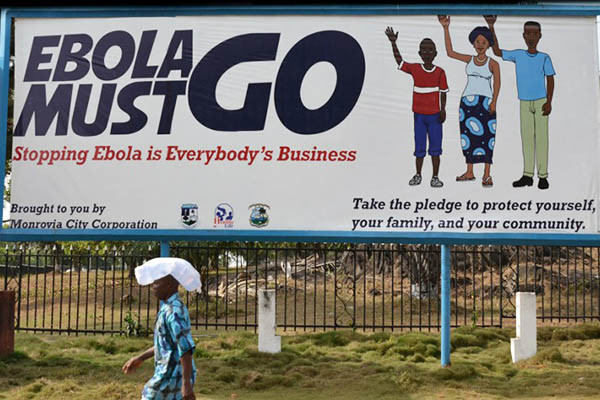 The U.N. health agency on Saturday declared Liberia Ebola-free, hailing the “monumental” achievement in the west African country where the virus has killed more than 4,700 people.

“The outbreak of Ebola virus disease in Liberia is over,” the World Health Organization said in a statement, adding that 42 days had passed since the last confirmed case was buried. “Interruption of transmission is a monumental achievement for a country that reported the highest number of deaths in the largest, longest, and most complex outbreak since Ebola first emerged in 1976,” it said.

During the two months of peak transmission in August and September “the capital city Monrovia was the setting for some of the most tragic scenes from West Africa’s outbreak: gates locked at overflowing treatment centers, patients dying on the hospital grounds, and bodies that were sometimes not collected for days,” it added. “At one point, virtually no treatment beds for Ebola patients were available anywhere in the country.

“It is a tribute to the government and people of Liberia that determination to defeat Ebola never wavered, courage never faltered.”

At the same time, WHO warned that because Ebola outbreaks were continuing in neighboring Guinea and Sierra Leone, there was a high risk that infected people could cross into Liberia.