Wrong Side of History 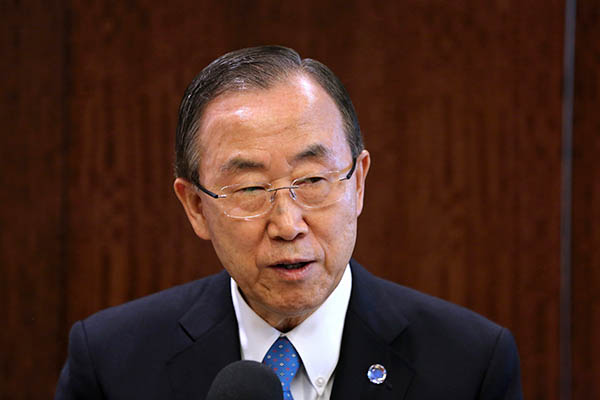 U.S. President Donald Trump is “standing on the wrong side of history” in withdrawing from the Paris climate accord, former U.N. chief Ban Ki-moon told AFP in London on Monday.

“I am deeply concerned about what President Trump of [the] United States has declared that the U.S. is withdrawing from this Paris agreement. I have been speaking out that his vision is politically shortsighted, and economically irresponsible and scientifically wrong. So he is standing on the wrong side of history,” Ban said on the sidelines of a London peace walk.

The former secretary-general of the United Nations joined other members of The Elders, a group created by Nelson Mandela, on the procession through the city before a discussion on world peace. Ban said despite Trump’s decision to pull out of the historic Paris agreement, he remained heartened by a U.S. civil society campaign to continue to honor the environmental deal.

“I am encouraged and hopeful that whole worlds will be united in moving ahead with this Paris climate change agreement. This is the political and moral responsibility of our political leaders,” he said.

Trump announced in June the start of a three-year process to pull out of the 2015 agreement, signed by 195 countries, on the grounds that it would put the U.S. at an economic disadvantage. Reflecting on the broader political climate, Ban said he had been “working very closely” with Trump’s predecessor Barack Obama, who last week criticized the “politics of division,” which characterized the 2016 U.S. presidential race.

Ban also decried the current “lack of commitment” to an international spirit. “A lack of leaders’ global vision that we are living in a very tightly-interconnected small world, and that whatever is happening in this country may affect the neighboring countries and even all around the world,” he said.

“As one of the Korean citizens, I’m very much committed that the whole international community should stand resolute and unified and strong voices, so that North Korea realizes that there is no other way but to return to dialogue to address these issues,” he said.