‘X-Files’ Returns to TV After 13 Years 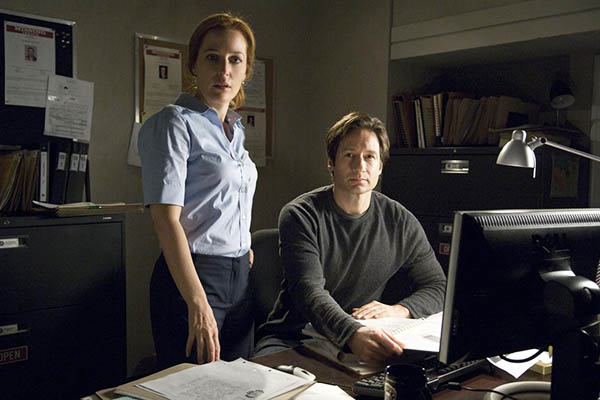 Cult show comeback to premiere in January with a six-part miniseries.

The truth is out there, fans of The X-Files always knew—and now agents Mulder and Scully are back to digging it out after a 13-year hiatus from the small screen.

The cult U.S. show made its long-awaited return this week at the MIPCOM TV market held annually in the French Riviera town of Cannes, with the screening of the first episode of the new, six-part miniseries. X-Files creator Chris Carter presented the screening and said the series’ conceits have expanded beyond the investigation of extraterrestrial and paranormal activity to include the very current themes of America under video surveillance, citizens being spied upon and an overweening government.

The two stars, David Duchovny and Gillian Anderson, reunite in their roles as Fox Mulder, a hothead FBI agent investigating the inexplicable, and Dana Scully, his rational partner. They made their last on-screen appearance together in a 2008 movie, The X-Files: I Want to Believe, which received middling-to-positive reviews.

In their new TV adventure, they find themselves caught up in a dangerous conspiracy run up by a wealthy individual who may or may not be seeking to master alien technology.

The X-Files miniseries will get its public airing in the U.S. on Jan. 26, on the Fox network, before rolling out to other territories around the world. If it clicks again with audiences, more X-Files series could follow.

The original nine seasons of the show, which screened between 1993 and 2002, proved to be a worldwide success with both critics and audiences, and carried off numerous Emmy and Golden Globe awards.