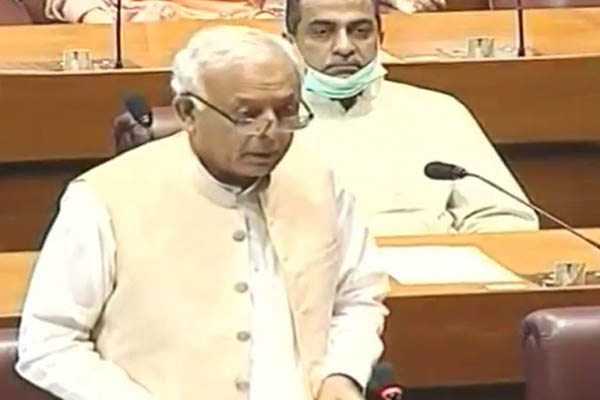 The Government of Pakistan plans to bring 7,000 stranded Pakistanis back home before Eidul Fitr, the National Assembly was informed on Friday by Aviation Minister Ghulam Sarwar Khan.

Responding to various questions posed by lawmakers during a special session of Parliament convened to discuss the coronavirus pandemic, he said thousands of stranded Pakistanis, including students, workers, members of the Tablighi Jamaat and pilgrims, had already been repatriated from across the globe. He said Pakistani prisoners from Oman and the United Arab Emirates had been brought back for free, adding that thus far the Aviation Division had operated 181 inbound flights and repatriated 25,000 passengers to 27 countries. He said around 250 students stranded in Wuhan would be repatriated through a special flight on Monday (May 18).

Pakistan Tehreek-e-Insaf MNA Amir Dogar, meanwhile, urged the government to announce relief measures for the agricultural sector, saying seeds and fertilizers should be subsidized rates. Giving priority to agriculture was vital to uplifting the country’s economy, he added.

Dogar also suggested that healthcare workers and staff of district administrations who were dealing with the coronavirus pandemic on the front-line should be awarded civil awards.

Planning Minister Asad Umar, meanwhile, claimed that COVID-19 would continues to spread regardless of lockdowns—despite admitting just a week ago that movement restrictions had helped curb its spread. Saying Pakistan would “not blindly follow Western countries” in handling the pandemic, he urged citizens to take precautions to curb the spread of the virus.

PPP’s Shazia Marri urged the government to stop downplaying the threat posed by the coronavirus, advising it to stop sending “mixed messages” but urging precautions on one hand while easing restrictions on the other.

Earlier, Pakistan Muslim League (Nawaz) leader Ahsan Iqbal claimed the government was lacking any seriousness in dealing with the pandemic, and urged it to restore local governments to help manage the crisis. He said the federal government should declare education emergency, reduce petroleum, electricity, and gas prices to provide relief to the common man in wake of COVID-19.

The National Assembly session on COVID-19 commenced on Monday, May 11, and has been alternating days with a Senate session on the same issue in a bid to reduce the potential for coronavirus spreading.