Home Culture A Life Among Iconoclasts 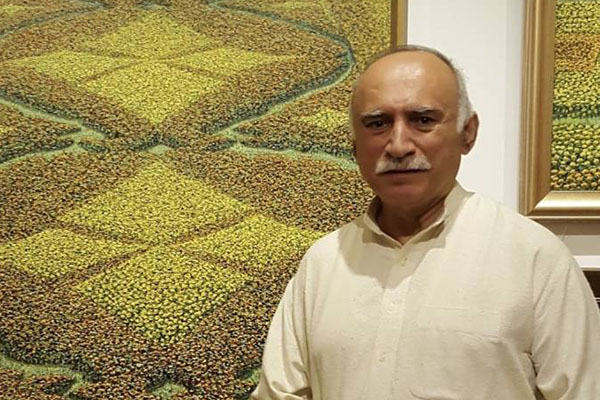 Whether through painting or philanthropy, Shahid Jalal (1948-2020) found joy among fellow iconoclasts

It is difficult to believe that a dapper Shahid Jalal died suddenly of heart attack on Aug. 18, 2020, the month he was born back in 1948. Most people saw him as a painter and knew he was a chartered accountant but didn’t know he had got his degree from the U.K. and worked in the accounts department at Packages till he retired. Was he devoted for life to his accounts? Not really. There was a strong man hidden inside him who would have his own way.

The thing inside him was creative, and at the age of 28 he took a two-year sabbatical from his job and joined the National College of Arts, Lahore. That was the real Shahid, and he was creatively decisive in following what was inside him trying to come out. He let the flowers inside him come out in landscapes that Lahore began to associate with his paintings.

His typical canvases were captioned Yellow canna flowers, Red canna flowers, Amaltas tree by the yellow well, The largest carpet of flowers in the world, Chrysanthemums in the park, etc, take it or leave it: “My philosophy of painting is I paint what I enjoy. And I usually paint the landscape and lush greenery near my house.”

He took no bluster from anyone, was straightforward and blunt, tempered with a sense of humor. He hid nothing except the good work he was doing on the side. Who knew that all his paintings on display were actually to be auctioned and donated to raise funds for his non-profit organization, The Citizen’s Foundation (TCF)? Established in 1995, it today runs a thousand schools for poor students.

Born in 1948 to Hamid Jalal and Zakia Hamid Jalal, a rebellious Shahid unsurprisingly grew appreciative of his younger sister Dr. Ayesha Jalal, whose books have challenged the ideological narrative of the state of Pakistan. He was happy in the midst of iconoclasts because it was in his bloodline. His father Hamid Jalal was the nephew of the Urdu short story writer Saadat Hassan Manto—and was married to his youngest daughter Nusrat—whose rebellious prose Pakistan has not been able to stomach.

Hamid Jalal was a well-known civil servant, well-known because of his rebellious nature. He noted the “Islamic” change made in Jinnah’s motto Unity-Faith-Discipline by General Zia; and had the guts to let it be known, something that most of us will not do today.

Nadeem F. Paracha, writing in daily Dawn on Oct. 8, 2017, recalls: “Zamir Niazi in The Web of Censorship quotes Hamid Jalal—a former civil servant and father of the acclaimed historian and author Ayesha Jalal—as saying: “Jinnah’s motto Unity-Faith-Discipline has been presented as Faith-Unity-Discipline. Perhaps our theocrats, clutching at straws, equate the word ‘faith’ used in the Quaid’s motto with Islam. There is evidence to show that for the Quaid, ‘faith’ (yaqeen, not imaan) was to be used in the context of the Pakistan Movement.”

Paracha adds an interesting coda. “Once Pakistan had been achieved, the Quaid as Governor General, in his first broadcast from Lahore on Aug. 31 reworded his motto. He said: ‘It is up to you to work, work and work and we are bound to succeed and never forget our motto: Unity, Discipline and Faith’.” The Quaid had put “faith” last!