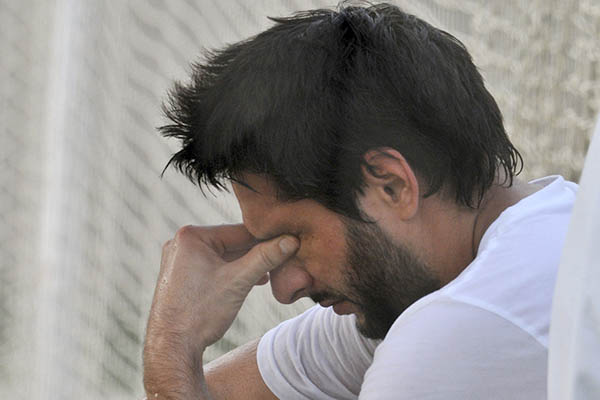 Pakistani cricket star Shahid Afridi Wednesday demanded that the producers of a film about a boy emulating his rise to stardom cut an “obscene” scene, which he fears could damage his image.

The big-hitting all-rounder had given his blessing to Main Hoon Shahid Afridi (I am Shahid Afridi) but is now worried it may lead young viewers astray.

The $1 million Pakistan-made movie tells the story of a young man who dreams of becoming as great a player as Afridi, and the trials he faces as he tries to follow in his hero’s footsteps.

Afridi, who hails from Pakistan’s deeply conservative tribal district of Khyber on the Afghan border, was furious at a scene in which the hero hugs and kisses a girl in a nightclub. The scene was shown in trailers for the film on various TV channels.

“I had given permission for the film with an aim to give kids some positive healthy entertainment, to divert their minds towards cricket and it should not have obscene things,” said Afridi, 33. “I want to tell the people that the film is not related to my life.”

Afridi, who shot to stardom in 1996 aged 16 when he hit a world record one-day international hundred off 37 balls, said he wanted the producer to cut the scene.

“A lot of kids and families would go to watch the movie because of me and if they see things like that they will feel bad, so I hope they remove those scenes and run the film,” he said.

The movie has already suffered technical glitches, which stopped it being released over the Eid holiday weekend.

Producer Humayun Saeed, a top actor in Pakistan, initially wanted Afridi to take the lead role, but the cricketer said it would not be in keeping with the traditions of his tribe.

Afridi said he was also concerned because the film’s promotional material wrongly suggested he had acted in the film. “I had declined the offer to act because my elders are against acting, nor did I charge a single penny from them,” he said.

The movie is expected to lift the sagging Pakistani film industry, which struggles to compete with glitzy, big-budget Bollywood in neighboring India.