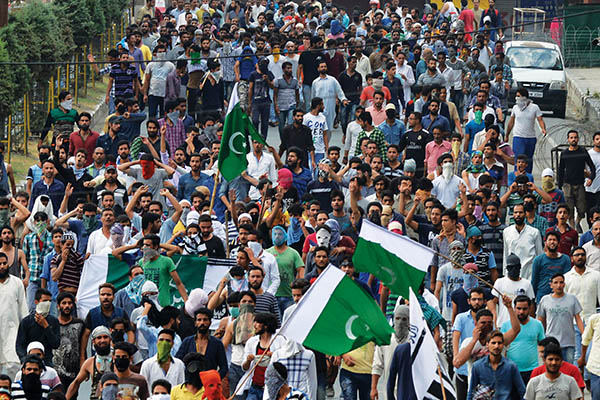 Over two weeks after it started, unrest in India-administered Kashmir shows no signs of abating. Provoked by the extrajudicial killing of Hizbul Mujahideen commander Burhan Wani, the conflict between protesters and Indian security forces has left at least 64 dead and over 3,100 injured—nearly half of them Indian troops. Amid mounting pressure from human rights groups, New Delhi lifted a 17-day curfew in Srinagar, and loosened restrictions on local media. However, region-wide blocks on Internet and mobile phone networks remain in place as a means to “contain the mayhem.” On July 23, India’s Home Minister Rajnath Singh urged security forces to exercise “maximum restraint,” but reports of civilians blinded by pellets persist. India, predictably, keeps trying to pin the blame on Pakistan without acknowledging its own failings, further angering protesters who are demanding their voices be heard. In 2010, similar protests lasted four months before New Delhi announced measures aimed at defusing the tensions. How long will it take the government to act this time?