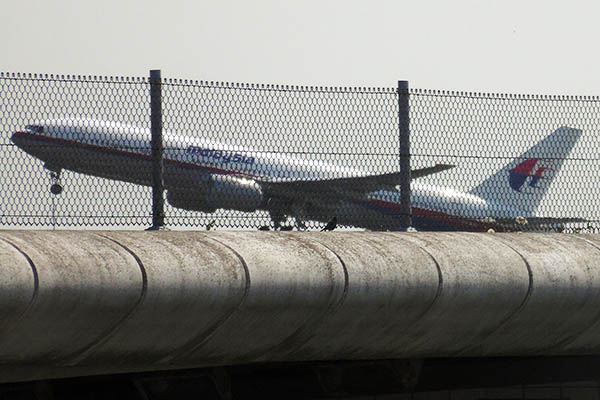 Several Asian carriers, including PIA, stopped flights over Ukraine months ago due to safety concerns.

The Malaysian airliner apparently shot down over rebel-held eastern Ukraine was flying over airspace that a number of other Asian carriers had already abandoned months ago because of security concerns.

South Korea’s two main airlines, Korean Air and Asiana, as well as Australia’s Qantas and Taiwan’s China Airlines said they had all re-routed flights from as early as the beginning of March when Russian troops moved into Crimea.

“We stopped flying over Ukraine because of safety concerns,” Asiana spokeswoman Lee Hyo-Min said. Korean Air moved its flight paths 250 kilometers south of Ukraine from March 3 “due to the political unrest in the region,” said an official for the carrier.

A Qantas spokeswoman said its London to Dubai service used to fly over Ukraine, but the route was changed “several months ago,” while Taiwan’s China Airlines diverted its flights from April 3. Quizzed as to why Malaysia Airlines had not taken similar precautions, Malaysian Prime Minister Najib Razak said international air authorities had deemed the flight path secure.

“The aircraft’s flight route was declared safe by the International Civil Aviation Organization. And [the] International Air Transportation Association has stated that the airspace the aircraft was traversing was not subject to restrictions,” he said. Re-routing would have involved a longer flight-time and therefore higher fuel costs.

Singapore Airlines said in a statement that it had been using Ukrainian airspace but had “re-routed all our flights” to alternative corridors away from the region. It was not immediately clear when the route change was put into affect.

Hong Kong’s Cathay Pacific said it had not been using Ukrainian airspace “for quite some time” and Pakistan International Airlines said it had re-routed “some time ago.”

According to the European flight safety body Eurocontrol, the Ukrainian authorities declared the east of the country a no-fly zone shortly after the Malaysian airliner went down with 298 people on board. European and U.S. airlines re-routed their flights as Kiev said flight MH17 was shot down in a “terrorist” attack and a U.S. official said intelligence analysts “strongly believe” it was downed by a surface-to-air missile.

Eurocontrol said the doomed plane was flying at a level known as “330,” or approximately 33,000 feet, when it disappeared from radar screens. The route itself had been closed to level “320” but was cleared for those flying at the Malaysian plane’s altitude.

Gerry Soejatman, a consultant with the Jakarta-based Whitesky Aviation chartered flight provider, said airlines that flew over conflict zones were not necessarily negligent. “Every airline does its own risk assessment,” Soejatman said, adding that flying above 30,000 feet was generally considered secure given the level of training and sophisticated weaponry required to shoot down a plane at that height. “Ten years ago you’d be an idiot to fly over Iraq below 15,000 feet, but over 30,000 feet was very safe, so it’s about the level of risk. I think this will send a message to airlines to have a closer look at conflict zones when they choose to fly over them and gain a better understanding of what equipment is on the ground,” he said.

Air China and China Eastern Airways had a total of 28 flights a week passing over eastern Ukraine, but China’s Civil Aviation Administration said Friday it had ordered all carriers to circumvent the region. Vietnam Airlines said it had suspended four long-haul flights to Europe in the immediate aftermath of the Malaysia Airlines incident.

The flights resumed Friday, but on re-drawn routes that “completely avoid” eastern Ukraine, the airline said.