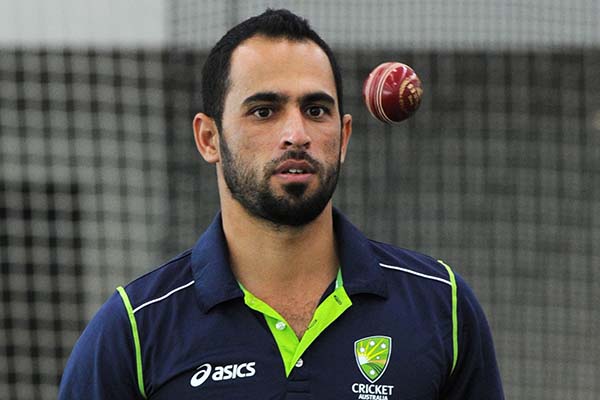 Pakistan-born cricketer will represent Australia during tour of Africa and is being considered for Ashes series.

Leg-spinner Fawad Ahmed on Tuesday had his bid for Australian citizenship accepted, making him eligible to play in the upcoming Ashes series in England.

The former refugee, 31, played for Australia A last month in England and selector John Inverarity has indicated he will be considered for the Ashes squad. Ahmed described his experience as “unbelievable”: “I still can’t believe this and it’s a great honor for me,” he said. “Now I am a citizen and now I can really concentrate on my cricket and can look to my bright future in cricket.”

Ahmed returned home from England in June after the government moved a bill through the upper house of Parliament to amend the Citizenship Act to help fast-track his application. The legislation allows the immigration minister to apply shorter residential requirements on some citizenship applicants, such as elite athletes with the potential to represent Australia, as in Ahmed’s case.

Ahmed thanked the government for its support. “I was happy from last year when I got my residency but it was still stressful because I wasn’t officially a citizen,” he said. “It was a long journey … thanks to [the] minister … and the whole government of Australia, they really helped me. It was not an easy job to change the law.”

Ahmed has been named in the Australia A squad for a tour of Africa beginning later this month, despite also being in contention for the Ashes. The opening Test of the five-match Ashes series starts in Nottingham on July 10, with Nathan Lyon the only spin bowler in Australia’s 16-man squad.

Ahmed left Pakistan in 2010, travelling to Australia on a short-stay visa sponsored by a local cricket association. Shortly after his arrival, he applied for refugee status, claiming he was being targeted by religious extremists for coaching and playing cricket in Pakistan’s Khyber-Pakhtunkhwa province.

The issue of Fawad has been overplayed by the Aussies and I smell politics in the whole episode. As far as his cricketing ability is concerned ….well I think he has a lot to learn to be really able to create an impact on the Aussie Cricket scene.