Home Culture Back and Forth 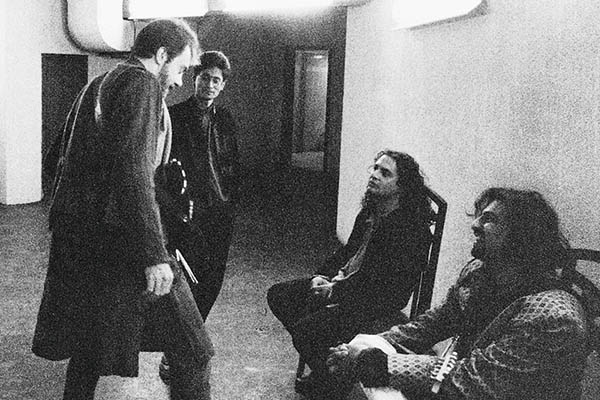 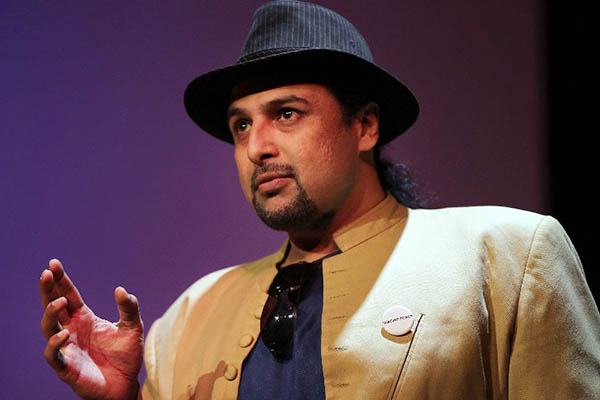 Where did the idea to celebrate 20 years of Junoon come from?

Someone tweeted me the YouTube link to Junoon’s first ever PTV appearance. I saw that carefree video [for “Neend Ati Nahin”] on the beach and thought that’s not the Karachi we see now. So much has changed. I tweeted that and got hundreds of tweets back about those days. So I thought it might be a good idea to celebrate something for a change.

What acts have you lined up for the Junoon tribute double-album?

Normally milestones are about the band, but Junoon 20 is about the music. So I was looking for people who like our music to interpret our songs. I didn’t want just covers. I called Bilal Khan. For a few minutes he was absolutely speechless when I asked him if he would be a part of the album. Someone sent me this instrumental video of Usman Riaz’s “Firefly,” which I loved and he’s doing “Saeein” for us. Then there’s Outlandish, Shafqat Amanat Ali, Jal’s Farhan and Gohar, Samina and Momina, Aag, Laal and Rahat Fateh Ali Khan. Of course, there will be several original Junoon songs there, too. And new ones like “Chand Sitara,” which is only the second anthem Shoaib Mansoor has ever written. All proceeds from the album will go toward charity work in Pakistan.

Do you think fans can relate to you singing the songs instead of Ali?

Listen, Peter Gabriel was the lead singer of Genesis, and then he left the band to start a solo career. Phil Collins, who was the drummer, took over and continued with Genesis. It’s not unheard of; there are numerous bands where this has happened. I have the greatest respect for Ali as an artist and performer; having said that, my life doesn’t begin and end with Ali Azmat. I’m a student of music and Junoon is the vehicle through which I practice my craft. So, yes, I learned how to sing. Now I am at the stage where Peter Gabriel wants to do an entire album with me. I have collaborated with Ziggy Marley and Melissa Etheridge after Ali left. No one in Kashmir said we aren’t coming to the Dal Lake concert because Ali wasn’t coming. A band is like a marriage. Sometimes a spouse leaves and then the other person manages on their own.

‘When the Music Is Over’—Ali Azmat 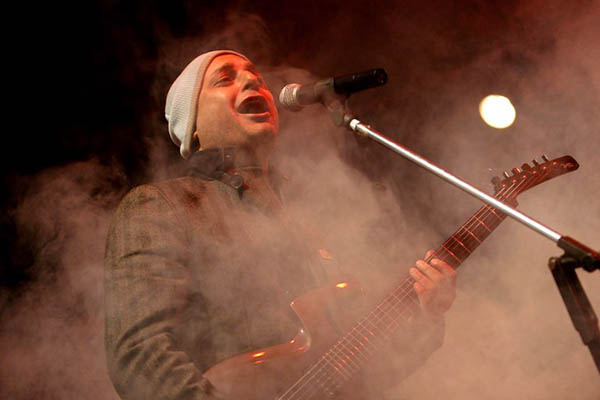 Did Salman get in touch with you for Junoon 20?

He sent me emails, but I didn’t reply. There are some issues between me and him. I don’t want to associate my name with Junoon anymore because he has used false marketing. Fans are calling me saying why weren’t you there? People call me and say ‘you’re in breach of contract; you didn’t appear for the show.’ For him it’s a cash cow—he can do whatever the hell he wants but it doesn’t make it right. His reaching out, it seems like a commercial need. I’d rather do something for the music. They’re flogging a dead horse. If you bring a band back it has to be for great music and that’s it.

What was Junoon’s high point?

Inquilaab was one. That was the time we were actually being a band, exchanging ideas and having fun together. Then the changes started happening: Salman thinking he’s god and can be insensitive to the rest of us. So what if he sent emails to Bono or bullshitted his way around? That doesn’t impress me at all. Now he writes about me saying I’ve become racist, a joke to humanity. He says that I wasn’t a Sufi and we used to force me to sing those songs. Well, if you ask me it’s better to be a conspiracy theorist than a drama queen.

Did you believe in the Sufi ideals Junoon espoused in its music?

How do you feel about Junoon’s place in Pakistani music history?

We brought in foreign riffs into Pakistan and mixed them up with local folk, which was unique at the time. We experimented with ideas and then took them back to the world. We worked hard and played some good music. To give the devil his due, Salman is one of the best songwriters from Pakistan. We were also the first Pakistani band to break into the Indian market. I just enjoyed the music, the stage and communicating with the audience. I never felt I owed something to the world or the world owed it back to me. It was a gift and given freely. We played the music and when the music is over you turn the lights off.