Home Last Word Back to School 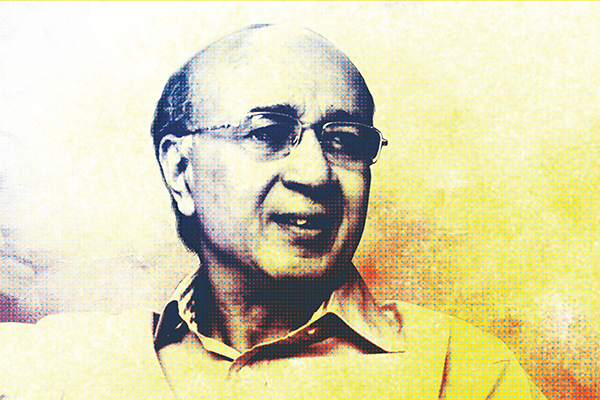 An economist weighs in on the state of education in Pakistan.

Economist and former governor of the State Bank of Pakistan Shahid Kardar joined Lahore’s Beaconhouse National University as vice chancellor in August. We spoke with him recently about education and Pakistan’s economy. Excerpts:

What do you bring to the 10-year-old university?

I was chairman of the Punjab Education Foundation, where we were able to show that the government should be in the business of financing schools, not establishing and running them. Our model reduced the cost of educating a child to one ninth of what the government was spending.

This model basically subsidizes private schools by paying the way of poor students. Is this sustainable?

This is the only model that is sustainable. Conventional wisdom held that children don’t enroll in government schools because these schools don’t have boundary walls, toilets or enough classrooms. So they built the boundary walls, the toilets and the extra classrooms. And guess what, they failed to enroll new students. Parents still opted for private schools where the fee was less than Rs. 200 per month and where the learning outcomes of children are significantly better. The proliferation of private schools—60,000 compared with 45,000 government schools—is symptomatic of an overall rejection of the public school system. Most of the schools the PEF worked with were in south Punjab. The private sector was not that active in these relatively underdeveloped areas because the consumer didn’t have the earnings to pay for such a service. The Punjab government came in and said, look, we’ll give you the money. Suddenly, we had created demand for delivery of education by the private sector. We told the schools to focus on delivering better quality education and made our payments of Rs. 350 per child per month conditional on the learning achievements of students gauged by tests every six months.

‘If you want to marry off your girl to a cousin from Mirpur who is living in England, he’s not going to marry an uneducated girl.’

Is allocating more funds to state schools the answer?

If you don’t get governance right, pumping in more money won’t make a difference. The social demand for education has gone up, particularly for girls. Young men want educated brides. Kashmir has the highest literacy rate here. Why? Because if you want to marry off your girl to a cousin from Mirpur who is living in England, he’s not going to marry an uneducated girl.

Is there any hope of improving teaching standards at state schools?

I was finance minister of the Punjab in 2000. I found that a large number of teachers didn’t turn up for duty. Many of them couldn’t even solve Grade 3 math questions. The unions are rather strong, and many of the old teachers were inducted through political patronage. And because teachers are polling agents in elections they manage to get political protection.

What’s your take on the new government’s direction for the economy?

Prime Minister Sharif’s government has two huge advantages. One, they came into power on the basis of their perceived performance. Two, they’ve always been perceived, and rightly so, to be business-friendly, so investor sentiment has improved. Sentiment is more important than interest rates. Their focus on the energy sector and on increasing tax revenues is well directed, but you sometimes get the impression that they’re not clear about the way ahead. Their vision is somewhat cluttered.

He has a good vision, but I am afraid BNU’s current policies specially, admissions related, needed to be more streamlined and communicated clearly. Maybe they can learn to improve their external communications from LUMS and especially fix their registrar’s attitude to begin with.