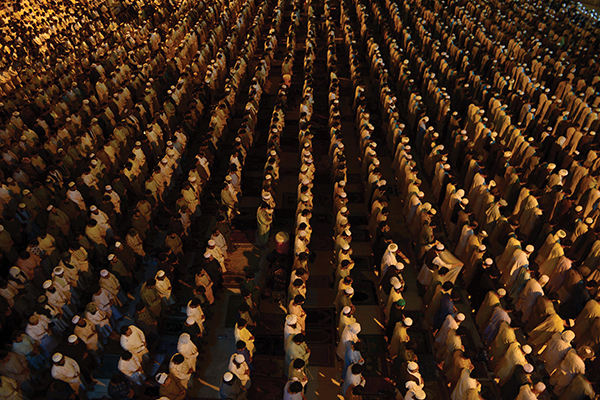 A mosque in Herat. Aref Karimi—AFP

Representatives of the Afghan Taliban and the Kabul government finally met in Murree on July 7. Hosted by Pakistan, with participation from U.S. and Chinese observers, the two sides competing for control over Afghanistan shared a sehri meal together, concluding the first round of official peace talks at 4 a.m. on July 8. The White House said the talks—which many expect may cause a split within the Taliban—were “an important step toward advancing prospects for a credible peace.” Prime Minister Nawaz Sharif said the meeting, which two suicide attacks in Kabul hours ahead of the talks did not derail, was a “breakthrough.” The next round of talks is scheduled for mid-August in Doha. Pakistan said it would continue to play its role “as part of the commitment to facilitate an Afghan-led and Afghan-owned peace and reconciliation process.” Here’s to hoping it lasts.