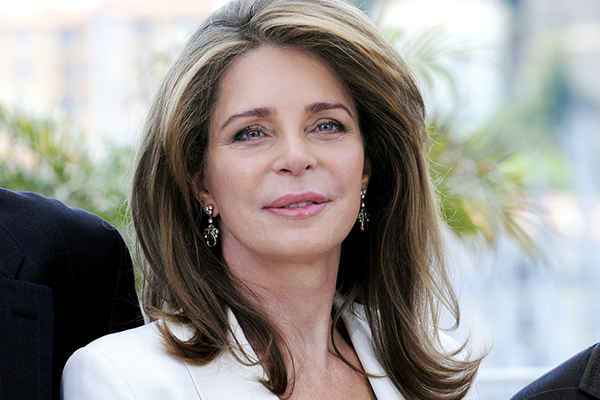 Our interview with Queen Noor of Jordan.

Her Majesty Queen Noor campaigns with Global Zero to advocate nonproliferation and the elimination of nuclear weapons. Jordan’s American-born queen dowager spoke with us recently. Excerpts:

Do you see any value in nuclear weapons as deterrents?

That has been a justification for a long time‚ and perhaps in the past there was some deterrent value. In your region‚ there has been an almost domino effect in the development of nuclear arsenals. If you look at it very pragmatically‚ these weapons‚ if anything‚ make many of the nuclear states more insecure than would be had there not been nuclear weapons. And these weapons aren’t actually going to provide any real security in any region of the world. Possessing nuclear weapons is no guarantee of security or power. Countries like North Korea have become more impoverished and increasingly isolated rather than achieving any strength. In Europe‚ the U.K. and France are nuclear states‚ but they are nowhere near as powerful and dynamic as Germany which is not. It is economic and technological development and pragmatic self-interest that are enabling and strengthening countries and not the acquisition of arsenals. One of the many differences between the Cold War period and today is the fact that there has been such extensive proliferation of nuclear weapons that the related risks of nuclear terrorism are now the almost predominant concern among experts.

Is a nuclear-weapons-free future something that can happen?

We believe it can. Many people are very dismissive and pretend to look at this issue in zero-sum terms. We at Global Zero have proposed setting up a nondiscriminatory framework for the phased‚ safe‚ verified elimination of nuclear weapons accompanied by safeguards on fuel enrichment through multinational mechanisms.

How has the war on terror affected the region?

The first problem with the so-called war on terror was the way in which it was conceived‚ in ignorance of local and regional facts and realities and insecurities. I hate to talk about the ‘war on terror‚’ what is that? There are always consequences from policies that seem to adopt an arrogant and exceptionalist approach to world affairs and that interfere in the internal affairs of other countries. In the Muslim world‚ we have suffered over generations from an uneven relationship with a West that has appeared to denigrate our faith and our values. My husband‚ during the first Gulf War‚ called for Iraq to withdraw from Kuwait and for the international community to support an Arab initiative to ensure that. To bring outside forces into the region‚ he predicted‚ would result in a very radical response‚ a response that we have seen develop [in places] where people don’t feel they have a voice in the decision-making that affects their lives‚ where they can easily be recruited from poverty and repression.

The Gaza embargo was finally partly relaxed. How far are we from the emergence of a Palestinian state?

The world abdicated its responsibility to Gaza in a shameful way for a very long time. The lives lost in the freedom flotilla [on May 31] were not in vain‚ because they did help highlight the issue of Gaza‚ to bring it back into media and diplomatic attention and refocus attention on the root causes of the violence. The parameters for a two-state solution have existed since the 1967 war. The 1990s Jordan-Israel peace process showed that only in an environment of respect and trust could we start building the institutional‚ personal and other relationships so vital to securing peace. It can’t just be a piece of paper‚ it has to felt by people on the ground who see a path forward. And right now‚ at this moment in time‚ the situation looks very bleak.

How do you view the Obama administration’s efforts to bring the Western and Muslim worlds closer?

I think they understand that you don’t reach out to minds through weapons and war. There is a deeper‚ more profound understanding of the challenges we face. They are following a step-by-step process; it is not just for show.